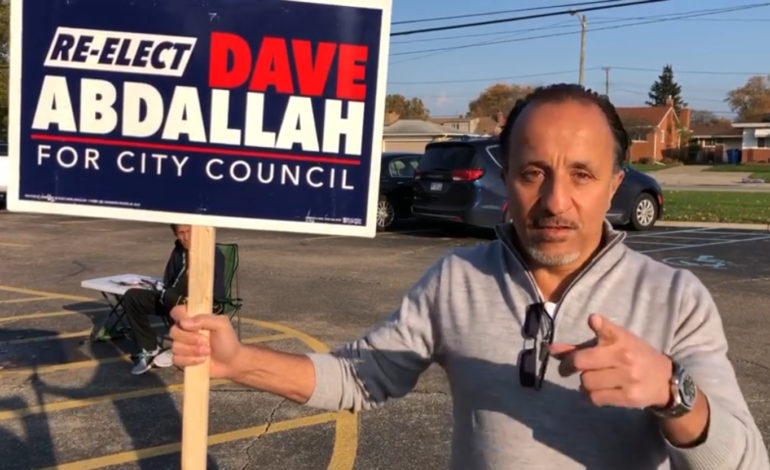 DEARBORN HEIGHTS — Voters took to the polls in Wayne County Tuesday, casting their votes for Dearborn Heights City Council among other local races.

Voters in the city, which includes a growing Arab American population and has become a hub for local business owners, also rejected a millage proposal for the Crestwood School District.

Following their reelections to the Council, Abdallah, Hicks-Clayton and Muscat offered their thoughts. “I’m very, very excited, not only because I have the privilege of having the residents vote me in, but more importantly it’s my second time watching (the results),” Abdallah said on Wednesday. “For a second term, I tell you it’s been even more exciting than the first time. It’s very energizing to me because of all the hard work, time and effort put in. People appreciate the work you’ve been doing and it’s very gratifying.”

Abdallah said his campaign mostly stuck to what worked the first time around, including lots of door knocking, advertising, meetings and community events.

He added that he will continue to push for economic development in the city and to work to improve the parks, roads and city services for residents.

“I plan to represent the community as a whole, the city of Dearborn Heights, north side, south side,” he said. “We’ll make our residents proud they selected me for a second term.”

Hicks-Clayton shared a nine-plus minute message with her supporters on Facebook, during which she said she was humbled by the support that made her the top vote-getter.

“I have to tell you I am so truly humbled by the outpouring of support from the community and your votes. Your vote is your vote of confidence in the work we have been doing.”

Hicks-Clayton will now enter her third term and said she’ll continue to focus on unity and community.

“What I have learned over my last eight years on City Council is that everything we do, we do together,” she said. “It’s about community, it’s about people and it’s about families.

Muscat spoke about the future in a Facebook message to his supporters.

“I want to thank all of you who have given me your support as we strive to make our city of Dearborn Heights a better place to live and a better future for our children,” he said. “I congratulate Lisa Hicks-Clayton and Dave Abdallah on being re-elected. As in the past I look forward to working with the both of you. And to those who were unsuccessful, a big thank you for doing what most people don’t do; you took the time and effort to get involved. It is not easy to run for public office, but all of you did a great job.”

Also in Dearborn Heights, the Crestwood School District millage proposal, which would have levied three mills for 16 years, did not pass. The final vote was cast in favor of the “no” side, with a total of 1,673 votes (56 percent) to 1,333 (44 percent) recorded.