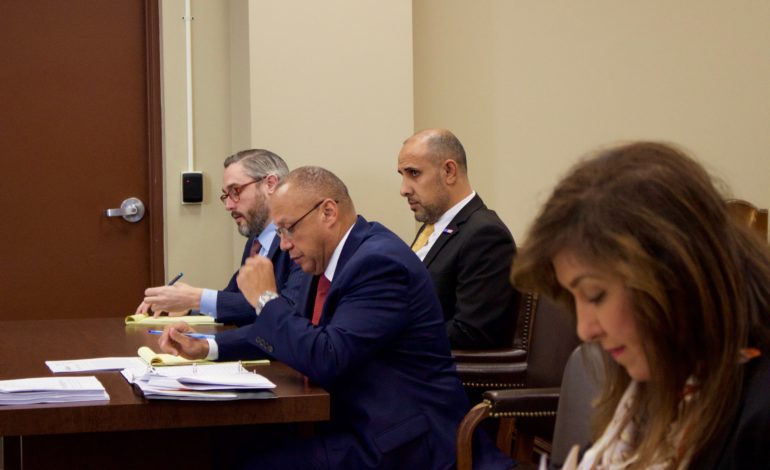 HAMTRAMCK – Both sides rested their cases at yet another continuation of a preliminary exam for Yemeni activist Ibrahim Aljahim’s sexual assault case, with the defense attorney reminding the court that he had filed a motion to dismiss earlier in the week.

“The behavior in this courtroom has been the worst that I have seen since I’ve been here,” she said. “I expect all attorneys treat the witnesses and everyone else involved with dignity and courtesy.”

Attorneys probed two more witnesses, this time the aunt of the alleged victim (complaining witness or CW) and an officer who first reported to the school on September 18, the day the alleged sexual assault occurred at Oakland International Academy High School. Judge Alexis G. Krot instructed attorneys from both sides to conduct themselves professionally several times during the preliminary exam.

Officer Anthony Gonzales of the Hamtramck Police Department testified that police were originally called that afternoon over reports of a separate incident in which other students had pulled away CW’s pants and exposed his private parts and then took pictures. Gonzales said that CW did confirm that such an incident occurred, though that investigation is still ongoing.

Gonzales said that once at the school, he was informed by school administration of rumors that CW had also been sexually assaulted by a member of the school’s staff. This caused officers to begin a separate investigation.

He confirmed defense’s earlier claim that CW denied any such assault at the hands of Ibrahim or any other staff when questioned by the officers.

Gonzales also said that during this initial interview with CW, CW denied the sexual assault with some hesitation.

He also testified that no arrest was made at that time. It wasn’t until later that day, around 8 p.m., that he was called again, this time to Henry Ford Hospital where CW’s aunt took him after CW’s sister told her about the alleged sexual assault.

CW’s aunt was also put on the stand on Thursday. She said that she rushed CW to the hospital where an attendant called the police. The hospital advised the family to take CW to another hospital that carried the proper swab kit needed for a sexual assault. CW testified last week that both incidents happened on the same day, with the exposing incident happening first. However, he said the sexual assault happened after he talked to the police that afternoon, muddling the timeline of the incidents.

Defense had filed the motion to dismiss the case on Wednesday, maintaining that CW’s story remains implausible. Both parties will appear before Krot on November 21 at noon, where she will rule on the motion and decide whether to bump the case up to the Wayne County Circuit Court for trial.