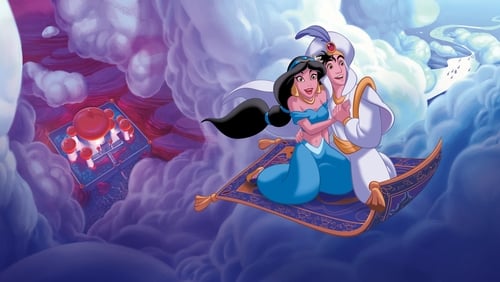 Photo via The Movie Database

The new Disney+ streaming service officially launched on Tuesday, November 12, with popular animated movies such as the original “Aladdin”, “Bambi”, “Dumbo” and “Cinderella” among the titles included.

Included with the service are classic animated films including “Dumbo”, “Bambi”, “The Jungle Book,” and the original “Aladdin” animated movie, which first debuted in 1992.

Five of these classic Disney movies will also come with a warning for “outdated cultural depictions.” However,“Aladdin” is not one of them.

The warning, which will accompany the movies “Dumbo”, “Peter Pan”, “The Aristocats”, “The Jungle Book” and the original “Lady and the Tramp”, will play after each film’s plot description, referencing elements that may be culturally insensitive and contain controversial scenes.

“This program is presented as originally created. It may contain outdated cultural depictions,” the warning reads.

Examples of the controversial cultural depictions include two wise-cracking crows in “Dumbo” that speak in stereotypical African American voices played by a White actor, and a group of monkeys in the “The Jungle Book” said to portray negative African and African American characteristics.

In “Lady and the Tramp”, a song titled “We Are Siamese” is performed by two cats speaking in stereotypical accidents drawn with large buck teeth, the website IGN reported.

Disney has been active in working to prevention similar occurrences in its new films, most recently hiring a Community Advisory Council comprised of Middle Eastern, South Asian and Muslim scholars, creatives and activists to work with the company about its newest “Aladdin” film, released earlier this year.

The original “Aladdin” featured a song titled “Arabian Nights”, which included offensive lyrics that were removed after a successful campaign by the late film critic Dr. Jack Shaheen.

Dearborn based poet finds beauty in ruin in her poem “Thawra: a whatsapp message gone viral”

Museum exhibit “History is Not Here: Art and the Arab Imaginary” celebrates diversity of Arab culture