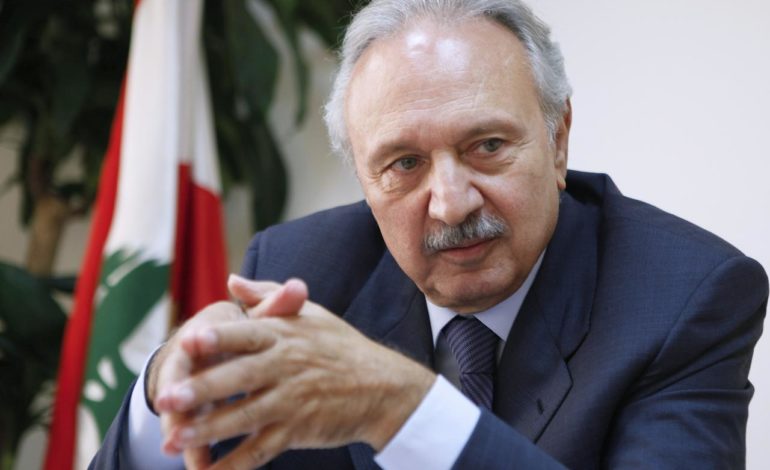 The agreement was reached in a meeting on Thursday between outgoing Prime Minister Saad al-Hariri, Lebanon’s leading Sunni politician, and senior representatives of the Shi’a groups Amal Movement and the Hezbollah group.

There was no official comment from the parties or Safadi. The broadcasters did not identify their sources.

Hariri quit as prime minister on Oct. 29 in the face of an unprecedented wave of protests against ruling politicians who are blamed for rampant state corruption and steering Lebanon into its worst economic crisis since the 1975-90 civil war.

Since quitting, Hariri, who is aligned with the West and Gulf Arab states, has been holding closed-door meetings with parties including Hezbollah, which had wanted him to be prime minister again.

Lebanon’s prime minister must be a Sunni Muslim according to the country’s sectarian power-sharing system.

Mustaqbal Web, a Hariri-owned news website, said a meeting between Hariri, Ali Hassan Khalil of the Amal Movement and Hussein al-Khalil of Hezbollah had discussed recommending Safadi for the post.

MTV said the government would be a mixture of politicians and technocrats. Mustaqbal Web said the type of government was not discussed and neither was the question of whether Hariri’s Future Movement would be part of the cabinet.

They did not identify their sources.

Safadi is a prominent businessman and member of parliament from the northern city of Tripoli. He served previously as finance minister from 2011-2014 under prime minister Najib Mikati.

Prior to that, he served as minister of economy and trade in the government of Prime Minister Fouad Siniora, who was backed by the West. He held that post again in the Hariri-led cabinet that took office in 2009.

Hariri had said he would only return as prime minister of a cabinet of specialist ministers which he believed would be best placed to win international aid and steer Lebanon out of its economic crisis, sources close to Hariri have said.