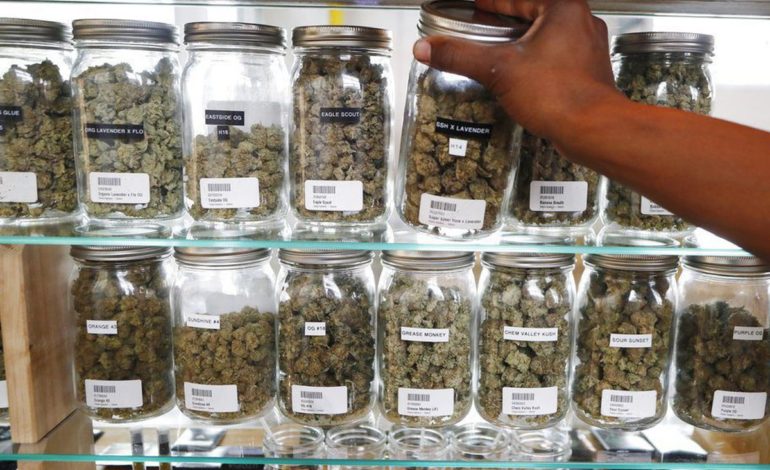 LANSING — Recreational marijuana shops could start selling product as soon as Dec. 1 after state regulators said Wednesday they could transfer some of their medical marijuana products to their new adult use supplies.

Medical marijuana shortages are now being feared by some industry stakeholders.

Those store owners with an equivalent medical marijuana facility license are now legally allowed to transfer up to 50 percent of their products to use for recreational sales, according to a bulletin that was expected to be sent Wednesday to licensees.

About a dozen licenses will be available for those who wish to transfer product on December 1.

“Similar to the medical market, we expect it be a slow build out as the production of plants and products increases,” Marijuana Regulatory Agency spokesman David Harns said, according to the News.

“This will create an environment where businesses can supply the market as quickly as possible.”

The allowance was made possible through emergency rules issued by the state in July and would only apply to tested product from growers, processors and provisioning centers.

Without the change newly licensed owners would have had to wait a few months to grow new product from seed to plant. The state is expected to give the first recreational license out before the end of November.

Items allowed to be transferred would include certain THCC concentrations and require proper labeling for safety and identification purposes.

Equivalent license holders must request a transfer prior to making one by contacting the Marijuana Regulatory Agency.

“By only allowing a transfer of 50 percent, it will keep production and sales on the medical side moving as well,” Harns said. “Businesses will make decisions to move products where the demand exists, including the non-flower products that are currently in abundance.”