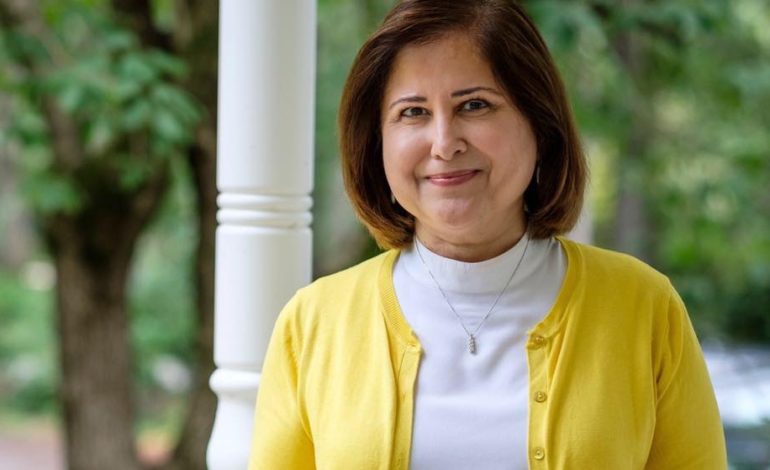 RICHMOND — Virginia elected its first Muslim state senator last week. Ghazal Hashmi, who migrated with her family to the United States at the age of 4, won over a Republican incumbent in a district that includes suburban Richmond.

Her victory is a part of a blue shift in Virginia. Democrats clenched key victories on election night, breaking Republicans’ long hold on the state’s legislature, winning majorities in both chamber.

Hashmi is a former literature professor and community college administrator. Her decision to run for state senate was party motivated by President Trump and his supporters’ growing vitriol against immigrants and Muslims in America.

She describes herself as a lifelong Democrat. Hashmi and her family, which includes two daughters, have lived in Chesterfield County for nearly 30 years.

Much in line with her professional background in education, Hashmi ran on a platform that bolstered improving public schools, expanding access to affordable and high quality education, focusing on workforce development and providing rural Virginians better healthcare services.

Hashmi’s academic career appears steeped in administrative service to Virginia public education. She was selected by her community college system’s chancellor to be a part of a strategic task force in 2013.

She is also a board member of the Richmond chapter of the Virginia Center for Inclusive Communities.

Hashmi thanked Virginians for their support on Election Night, shortly after the polls closed and winners were announced. A post on her campaign’s Facebook page reiterated her belief that her state had the potential to be a friendly and welcoming place for all.

“This victory is not mine alone,” she said. “It belongs to all of you who believed that we needed to make progressive change here in Virginia, for all of you who felt that haven’t had a voice and believed in me to be yours in the General Assembly.”

As the world turns to impeachment developments over the last few weeks, Hashmi has vowed to challenge pro-Trump Republicans on several key issues like climate change, reproductive rights, gun control and increasing the power of government to make public services accessible to residents.