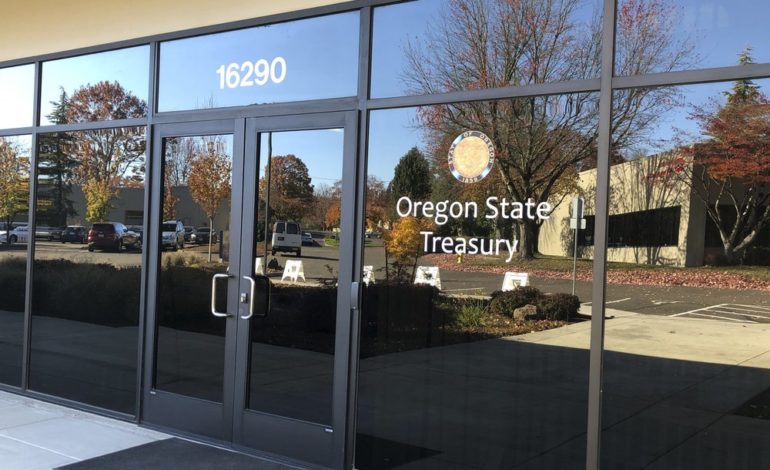 Members of a private equity firm met with the Oregon Investment Council in 2017 to secure $233 million in investments. This year, the company acquired a majority share in NSO Group, the Israeli spyware company. Photo: Andrew Selsky/AP

TIGARD —  $233 million in Oregon’s state employee pension funds have been invested in a private equity firm that owns majority share of the Israeli spyware company NSO Group, according to a recent report by AP.

The deal between Novalpina Capital, which along with other partners recently bought majority stock in NSO, occurred in 2017 when its representatives met with the Oregon Investment Council in November to pitch the idea of a $1.1 billion investment in a private equity fund.

Senior investment officers from the Council instead recommended a $233 million dollar commitment to Novalpina. This year, the company bought over NSO Group, much to the alarm of international human rights groups.

NSO has been known to create software used to target human rights workers by hacking into smartphones and turning them into eavesdropping devices. It has been used against dissidents in Mexico and human rights campaigners in United Arab Emirates.

Most notably, NSO’s software has been said to be involved in the killing of Saudi journalist Jamal Khashoggi. Khashoggi was allegedly killed and dismembered in the Saudi consulate in Istanbul last year.

Facebook has also sued NSO for targeting about 1,400 users of the company’s WhatsApp encrypted messaging service.

Representatives from Novalpina Capital told the Oregon Investment Council that they would look to invest in deals that “other people don’t see or don’t want to do for various reasons.”

An official from Oregon’s Investment Council told AP that state employees have limited say in what happens to their investments once a deal with a private equity partner is signed.

There is no indication that Novalpina planned to buy up NSO once the deal with Oregon was struck in 2017. Novalpina representatives have declined to comment, but have told Amnesty International after being probed about its decision that it was determined to comply with the U.N. Guiding Principles on human rights and transparency.

They did, however, tell the Council in 2017 that they would look to invest in deals that “other people don’t see or don’t want to do for various reasons.”

Many in Oregon are disturbed by where their state employees pension funds are invested. According to the state’s treasury, investments have also been made into private prison outfits that have acted as immigrant detention facilities. These investments exist contrary to Oregon’s liberal stance on immigration as it has statewide sanctuary protection on the books.

Staffers from the state’s treasury have said that getting rid of these stocks from its portfolio runs the risk of paying fees and losing profits.

These scenarios shed light on the contradictions that arise when states pledge investments in private equity or index funds that then pass the buck and, unbeknownst to the original investor, use the funds to invest in controversial companies.

Last month, Microsoft came under fire for investing $78 million in the Israeli startup company AnyVision, which uses facial recognition to surveil Palestinians throughout the West Bank.