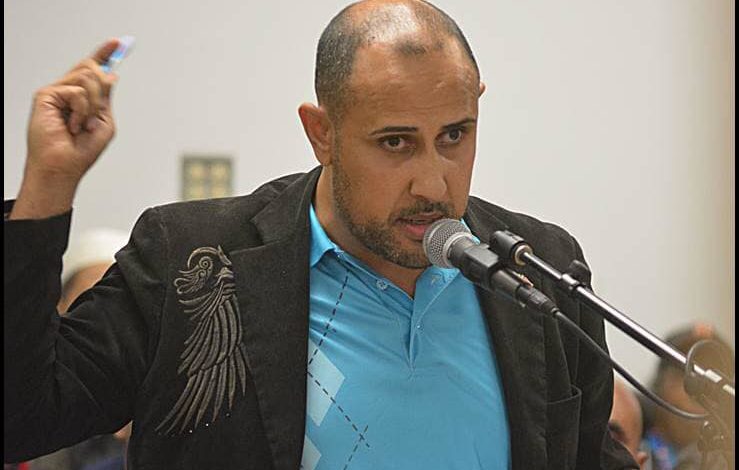 Yemeni American activist Ibrahim Aljahim's case was dismissed without prejudice on Thursday. Aljahim faced two counts of illegal sexual conduct with a student with disabilities. Judge Alexis G. Krot said the prosecution failed to provide sufficient evidence and that the alleged victim's testimony was not credible.

The alleged victim, a 19-year old boy with diagnosed health issues who was a student at the Oakland International Academy where Aljahim was a staff member, testified twice in previous weeks. Krot pointed to severe inconsistencies in his testimony while presenting her ruling.

It is now clear that the prosecution failed to bring in any credible evidence beyond the young alleged victim’s testimony. Krot said that though certain probable cause standards were satisfied by prosecution, they were unable to show that their key witness was credible.

This lack of credibility, coupled with a lack of solid evidence, led Krot to decide that Aljahim’s case would not be bound over to a higher court for a trial.

The alleged victim’s family, as well as Aljahim’s supporters and family, were present at the courthouse, with prosecutors submitting a motion to bind over the case involving two counts of criminal sexual conduct in the first degree.

Wayne County Assistant Prosecutor Nida Samona argued that this was a probable cause hearing and that such hearings have a very different standard than a jury trial. She said her team had proved the elements of the crime sufficiently for the matter to be bound over.

“As for the credibility of the witness or any other questions that the court may have, [that] is something within the boundaries and confines of a jury trial,” Samona said.

Defense attorney Roger Farinha cited a 2018 Michigan Supreme Court ruling in which the Court determined that a magistrate was within legal bounds and had the duty to consider all evidence presented in a preliminary exam, including the credibility of the witness.

Krot said that this was an “absolutely vile case” and that Wayne County prosecutors failed to show evidence of all four elements of the case: That an impaired student was sexually assaulted, near school grounds, during the school day and by a member of the school’s staff.

“Proof of guilt beyond a reasonable doubt is not required, but there has to be some evidence that a crime was committed,” she added.

Krot said that Farinha was correct in citing the Michigan Supreme Court ruling.

She also said that the alleged victim’s confused and inconsistent testimony was in line with medical diagnosis that he was prone to memory impairment and confabulations or filling gaps in his memory with false events.

Aljahim’s bond was terminated and his tether removed. Outside the courtroom, he hugged friends and family and appeared relieved. Farinha told The Arab American News that Judge Krot, “did the right thing.”

“She looked at the evidence and made the right decision,” he said.

Aljahim’s brother Aljahim Aljahim said he wanted an apology from local media outlets and members of a Hamtramck social media page for indicting his brother before knowing the facts of the case or letting the case play out in court.

“We demand a public apology from Fox 2 and those people of Hamtramck that didn’t stand with him, knowing that for the past 20 years he had done everything for the community, for the youth and elders, for women and men,” he said. “It’s sad that people (my brother) helps daily could even think he is capable of something like that.”