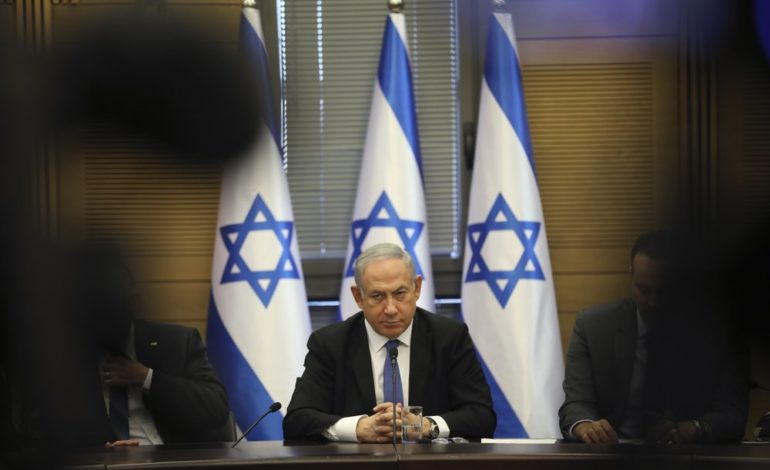 Israeli Prime Minister Benjamin Netanyahu faces serious charges of bribery, fraud and breach of trust. Attorney General Avichai Mendelblit said he was following the law in indicting Netanyahu and that his motives were not political. Photo: Oded Balilty/AP

With an unprecedented third election looking likely, Netanyahu is now indicted on a series of corruption cases, increasing uncertainty in Israeli politics and further undermining Netanyahu’s 10-year position at the country’s helm.

Netanyahu could face up to 10 years in prison if he is convicted of bribery and a maximum of three years for fraud and breach of trust.

He appeared defiant in the face of these charges on Thursday as he made public comments. Under Israeli law, public officials are required to resign if charged with a crime. But that law does not apply to the prime minister, who can use his official powers against prosecutors and try to push parliament to grant him immunity from prosecution.

Responding to the indictment on Thursday, Netanyahu, who has called the investigation a witch hunt, delegitimized the prosecution’s investigation against him.

“You have to be blind not to see that there is something wrong with the investigation, from police to the attorney general,” he said. “We know from experience that these are false accusations made on political grounds.”

He said it was time to “investigate the investigators.”

Attorney General Avichai Mendelblit laid out the charges in a press conference and said he made the decision to indict the prime minister “with a heavy heart, but wholeheartedly.”

He stressed that his decision was not politically motivated and that it was based on his duty to enforce the law.

The investigation has determined that Elovich made $500 million from the deal over a period of time. The indictment alleges that Netanyahu took advantage of his power as a public servant to promote issues that Elovich was interested in promoting and in return received favorable coverage.

Case 2000 is a fraud and breach of trust indictment that accuses the prime minister of striking a deal with newspaper publisher Arnon Mozes in order to get favorable coverage. In return, the deal called for Netanyahu limiting the circulation of Mozes’ rival’s newspaper.

A third charge, Case 1000, involves a straight forward trade of favors between Netanyahu and his family and wealthy Israeli-born Hollywood mogul Arnon Milchan and Australian billionaire James Packer. Milchan and Packer gave lavish gifts to the Netanyahus, to the tune of 1 million shekels or $280,000 to receive political favors.

Many in Israel are calling on Netanyahu to resign as the country hears echoes from its political past. In 2008, embattled Prime Minister Ehud Olmert, facing grave charges of corruption, resigned from power. An indictment, however, came five months after Olmert’s resignation.

Egypt impounds ship that got stuck in Suez Canal, wants $900 million in compensation