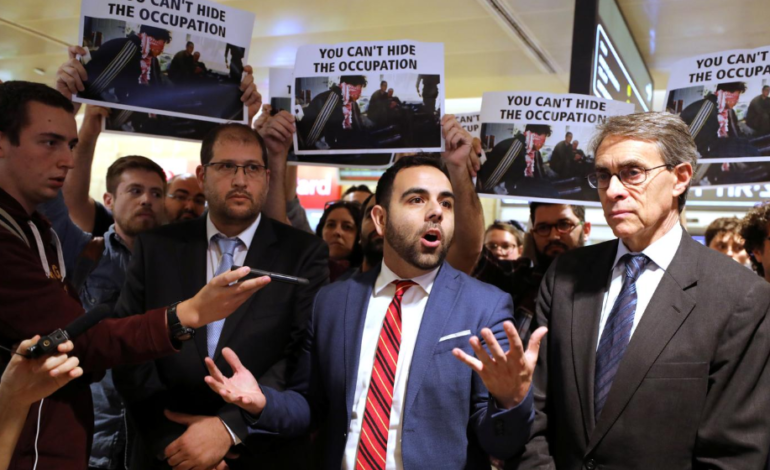 JERUSALEM — An official from the Human Rights Watch non-governmental organization was expelled by Israeli officials on Monday over accusations that he backs an international pro-Palestinian boycott, a report from Reuters said.

Omar Shakir, a U.S. citizen representing the New York-based organization in Israel and the Palestinian territories, said he denied the allegations and added that the ruling would only encourage further human rights abuses in the future.

The Israeli Interior Ministry’s refusal to renew Shakir’s work visa was upheld by Israel’s Supreme Court, which previously ordered him to leave by November 25.

The ministry had said Shakir actively supports the Boycott, Divestment and Sanctions (BDS) movement. Israeli law allows for authorities to ban the entry of any foreign citizen who calls for a boycott of Israel, the report said.

“If the Israeli government can deport somebody documenting rights abuses without facing consequences, how can we ever stop rights abuses?” Shakir asked.

He also denied that his work with the organization and pro-Palestinian statements before being appointed to the HRW position in 2016 constitute active support for the BDS movement.

“Israel, like any sane country, has the right to decide who is given the freedom to enter and work within its borders,” the ministry said in a statement.

Shakir will continue to work from Jordan across the Israeli border, relying on sources in Israel, the West Bank and Gaza to conduct field work, according to HRW Executive Director Kenneth Roth.

“There’s no point in replacing Omar because our next researcher would have the same problem,” Roth said.

He said he believes Israel’s actions set a bad precedent.

“If Israel can pick our researcher, Israel can preclude certain topics,” he said. “Imagine what other governments will do. China will say we cannot monitor Xinjiang (detention camps). Saudi Arabia will say that we leave Yemen alone.”

Israel has been targeted by activists in the United States and abroad for its own human rights abuses, which includes the internationally illegal building of settlements in the West Bank and Gaza Strip on occupied Palestinian land.