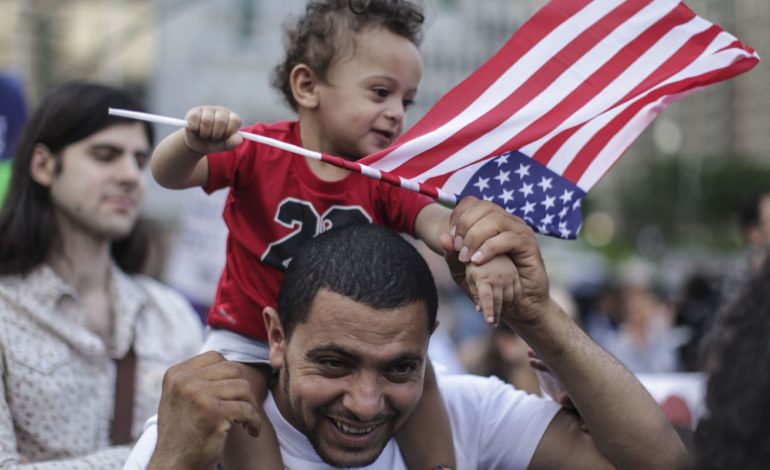 So said a Brooklyn shopkeeper as he movingly described how a lifeline provided him by the United States has allowed him to thrive despite the horrors of the war afflicting his native country.

The Department of Homeland Security could end that lifeline early in 2020. On Jan. 3, DHS will decide whether to extend “Temporary Protected Status” for Yemenis. If it decides not to, as it has in the cases of six other countries during this presidency, the shopkeeper’s legal status will end 60 days later.

TPS was initiated in 1990, in the aftermath of China’s Tiananmen Square massacres. It allows people already in the United States to remain and to work if conflict, environmental disasters or “extraordinary temporary conditions” in the country from which they came make it impossible for them to return there.

The shopkeeper, identified only as “MM”, was the first speaker in a teleconference organized by the Catholic Legal Immigration Network, Inc. (CLINIC), on Nov. 18 to call attention to DHS’ imminent review of Yemenis’ TPS eligibility.

He was a student in the United States when war broke out in his native country. He said he fears for his life if he were to return and worries about his family still there. He lost his best friend from childhood and several others who have already died in the fighting in Yemen that erupted in 2015.

“America gave me a chance to start my life again,” MM said, “to work and pay taxes, get health insurance, start a family … to live like a human being.”

He has earned an MBA in business administration and taken over a cell phone/wireless shop on the brink of closure.

He has a 7-month-old child and, he emphasizes, is a taxpaying member of society — and an employer — and grateful for the opportunities TPS has provided him.

TPS status is granted for 6, 12 or 18 months, depending on a country’s situation. Each country’s status can be extended and, historically, such extensions have included a “re-designation”, too, so that people who’ve arrived in the United States after their country’s TPS began are covered also.

Since then, DHS has eliminated TPS for six of those 10 and declined to offer re-designations for the four others (Yemen, Syria, South Sudan and Somalia), according to CLINIC’s Jose Magaña-Salgado, one of the teleconference speakers.

For now, ongoing lawsuits have forestalled deportations of people no longer covered by TPS. Court-issued injunctions against the DHS rulings found statutory violations of due process and constitutional rights, Magaña-Salgado said.

While those court cases are pending, TPS continues to cover 417,341 people in the country, according to the U.S. government’s Congressional Research Service. More than 400,000 of these come from one of the six countries for which DHS is seeking to end TPS eligibility.

Somalis, too, face an early 2020 DHS reconsideration of their protected status.

TPS has been in effect for 29 years. During that time, other places whose people in the United States have benefited from TPS include Angola, Bosnia-Herzegovina, Burundi, Lebanon, Guinea, Liberia, Kuwait, the Kosovo Province of Serbia, Rwanda, Sierra Leone and China.

MM said that he hopes to rescue his parents from the fighting in Yemen. The war is the result of an effort backed by Saudi and United Arab Emirates forces and reinforced by the United States, the United Kingdom and France, to overthrow the Shi’a-aligned government there.

In April, U.S. Rep. Ro Khanna (D-CA) and U.S. Sen. Bernie Sanders (I-VT) spearheaded a bipartisan measure that would have ended U.S. support for the Yemen war, but the White House vetoed it.

Other teleconference speakers described how dire circumstances in Yemen have become.

“By all accounts, the situation for Yemen’s 24 million people constitutes the largest humanitarian crisis in the world,” said Ibrahim Qatabi of the Center for Constitutional Rights. “Failure to extend TPS would go against basic principles of decency.”

Of the country’s 12 million kids, he said, more than 130 are dying every day and none have access to schools. The United Nations estimates that 10 million or more Yemenis are at risk of starvation due to land, sea and air blockades, while the organization Save the Children estimates that perhaps as many as 85,000 children already have died of starvation.

Magaña-Salgado said CLINIC is assembling a coalition of organizations, allies and advocates to campaign on behalf of the Yemeni people and hopes Congress, too, will pressure DHS to do the right thing to avoid the “horrific consequences” of forcing people to return to Yemen.

Parisio suggested that people who may be at risk of losing TPS get a “legal screening” to evaluate all their options.

Of the U.S. 1990 Immigration Act that established TPS policy, Parisio said, “It is our commitment. We will NOT return people to countries where their lives may be at risk.”

And those risks are so great, even the U.S. State Department has issued a travel advisory, she pointed out. It states that, “No part of Yemen is immune to violence.”

“An 18-month extension and re-designation is critical,” Parisio said. “Anything less would be unconscionable.”