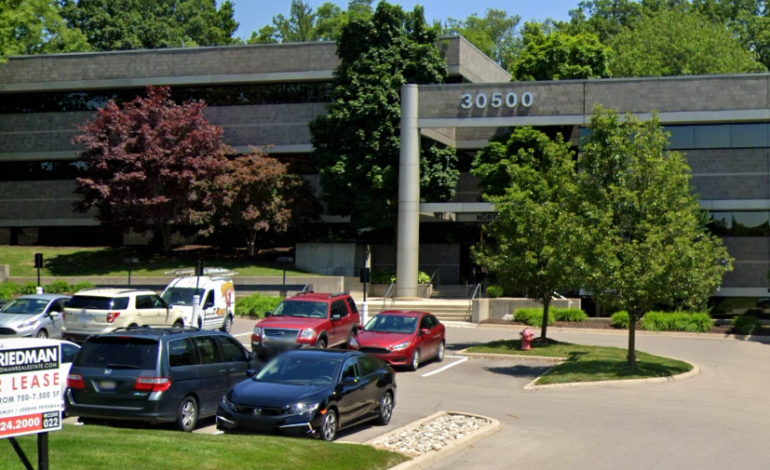 A 2019 Google image of the building in Farmington Hills that was used by the U.S. Department of Homeland Security to operate a fake university to lure foreign students. Nearly 80 percent of the 250 students arrested in the sting have been deported.

FARMINGTON HILLS — News came out this week that U.S. Immigration and Customs Enforcement (ICE) has now arrested about 250 students of a fake university set up by the Department of Homeland Security in Farmington Hills. The number has increased from 161 students in March.

The fake university was set up to lure students primarily from India, who made contact with undercover agents posing as university officials. The students, who had arrived legally in the U.S. on student visas, lost their status once the university shut down in January and revealed itself to be an undercover operation.

Out of those arrested, nearly 80 percent of the students have been granted voluntary deportations, with others now receiving final orders of removal. Only one former student has been granted lawful permanent residency by an immigration judge.

Only 10 percent of the students are contesting their removals or have filed for some sort of relief.

A Detroit Free Press investigation reveals how the fake university, named the University of Farmington, was set up by the federal government to give every impression that it was a legitimate degree granting institution. The sting operation came equipped with actual undercover staff, a building on Northwestern Highway that acted as a campus and an accredited status from an agency that worked with the federal government on the operation.

It also, most outrageously, collected actual fees from the students, most of whom were from India and found out about the university through recruiters. Almost every recruiter has been criminally charged and will serve jail time in the U.S. A lawyer who advised some of the students arrested told the Free Press that the federal government made “a lot of money” from the tuition and fees, which amounted to about $12,000 a year.

None of the students have filed lawsuits or claims against the U.S. government for collecting these fees.

Attorneys for the students have said that their clients had signed up to get an education from a legitimate institution and wanted to make sure they remained in the country with legal status. None of the students have been charged criminally, though there is no indication that the government means to reimburse the students for the fees they paid to come to the U.S. or for possible damage to their future careers.

The federal government spending tax dollars to use a building and having undercover officers acting as representatives of a university that was non-existent is a complete waste of money. While Americans go without health care and financial aid for legitimate universities, the government instead started a fake university. This is not simply unethical, it is an irresponsible use of our tax dollars. — Dawud Walid, executive director of CAIR-MI

ICE and the Department of Justice have said that the recruiters knew what they were doing when they picked students for classes at the fake university, because it did not have teachers or classes in a physical location.

“The federal government should be doing other things rather than spend millions of our tax dollars to lure people into offenses they weren’t already actively involved in,” said Dawud Walid, executive director of the Michigan Chapter of the Council on American-Islamic Relations (CAIR-MI).

“This is the fine line between using enforcements for ongoing criminal activity and entrapment,” he added. “The federal government spending tax dollars to use a building and having undercover officers acting as representatives of a university that was non-existent is a complete waste of money.

“While Americans go without health care and financial aid for legitimate universities, the government instead started a fake university. This is not simply unethical, it is an irresponsible use of our tax dollars.”

Walid said that this case was similar to a failed law enforcement policy in which the federal government uses the Internet to incite young people into being involved in extremist plots that they themselves were not actively plotting or funding.

“Furthermore, such scam universities created by the federal government will undoubtedly chill international students who are seeking to study in the U.S., which is a harm to the richness of our learning environment,” Walid added.

Last year, Walid was in the West African country of Ghana, where he spoke to students seeking graduate studies who wanted to skip the U.S. and go to Canada, as they felt the U.S. is hostile to immigrants from the global south.

The Arab American News reached out to U.S. Rep. Brenda Lawrence’s (D-Southfield) office to determine whether it was aware of the sting operation which occurred in the congresswoman’s district. Due to the holidays, the office was not able to reach back with a comment, though a representative said the office was looking into the matter and that a statement will be forthcoming.