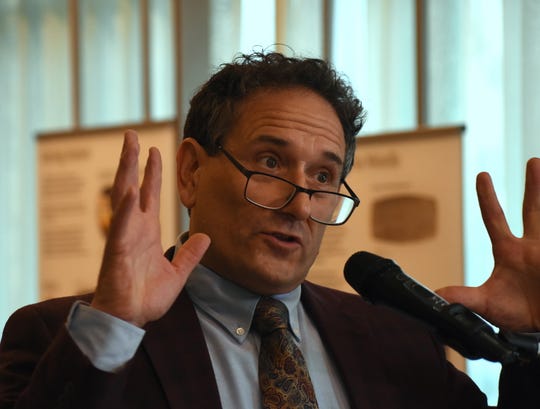 WASHINGTON, D.C. — Led by U.S. Rep. Andy Levin (D-Bloomfield Township), more than 100 Democratic members of Congress have signed a letter expressing “strong disagreement” with the Trump administration’s decision to no longer classify Israeli settlements in the West Bank of Palestine as illegal under international law.

The letter, which was made public this past weekend, warned that the policy reversal by the Trump administration “has undermined America’s moral standing” and “severely damaged” prospects for peace while endangering the security of America, Israel and the Palestinian people.

It goes on to express that the U.S. State Department’s decision blatantly disregards Article 49 of the Fourth Geneva Convention, which affirms that any occupying power, “shall not deport or transfer parts of it own civilian population into the territories that it occupies.”

Israel’s continued settlement building on occupied Palestinian lands has been condemned as illegal according to international law by the United Nations. Israel currently maintains a system of military checkpoints, patrols and blockades in the West Bank and Gaza.

The letter, initiated by Levin, a Jewish American, was signed by 107 other Democrats according to a press release from Levin’s office.

“In ignoring international law, this administration has undermined America’s moral standing and sent a dangerous message to those who do not share our values,” it reads. “Human rights and international law, which have governed the international order and protected U.S. troops and civilians since 1949, no longer apply.”

Those who signed expressed a “strong disagreement with the State Department’s decision to reverse decades of bipartisan U.S. policy on Israeli settlements in the occupied West Bank” and warned that Trump’s policies on the subject have “discredited the United States as an honest broker between Israel and the Palestinian Authority.”

While the Democratic Party has been criticized over its lax approach to Israeli settlements and bombing campaigns in recent years, its opposition to the alliance between Trump and Israeli Prime Minister Benjamin Netanyahu has grown in recent months, particularly on the issue of settlements.

Concern has grown that Trump’s decision to reverse the policy toward settlements could lead to Israel’s annexation of Palestinian lands, although the White House has denied that is the case, according to a report from Haaretz.

Fellow Michigan Democratic U.S. Reps. Elissa Slotkin (D-Holly) and Haley Stevens’ (D-Rochester Hills) names were absent from the letter. The full text of the letter can be read here.