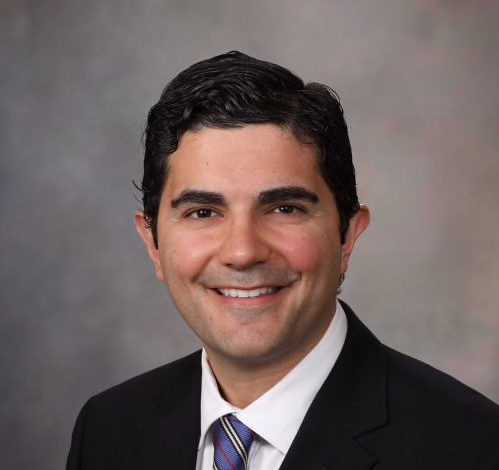 Rochester, Minnesota — A historic medical trial lead by Dr. Mohamad Bydon, a neurosurgeon and spine specialist at the Mayo Clinic, has yielded miraculous results for a patient who was paralyzed from the neck down due to a spinal cord injury.

Chris Barr told ABC’s Good Morning America that he had given up hope after the prognosis following a surfing accident two years ago said there was up to a 97 percent probability that he would lose all mobility in his body below the neck.

Though some initial progress was made during rehab and physical therapy, Barr’s condition persisted and caused him to lose hope. Things turned around once Bydon contacted Barr to be a part of a 10-patient medical trial.

Bydon informed Barr that during the innovative procedure, stem cells would be taken from Barr’s own stomach fat and injected into his spine to promote regeneration and repair in his injured spinal cord. This procedure was completely experimental, as no other medical procedure had done this with stem cells before. Barr was “patient one” for Bydon’s trial, which yielded miraculous results for the paralyzed patient.

After almost a year of not having any feeling in his leg, Barr was able to recover this feeling and even began doing tasks like tying his shoes. Bydon told ABC that once the procedure was done, results came quickly.

Bydon’s trial proved itself to be potentially groundbreaking when Barr started walking for consistent intervals. The neurosurgeon said that though this is an important first step in developing a breakthrough towards spinal cord injuries, the trial is in its very early stages and that not all participants have shown the stellar results Barr achieved.

According to the Mayo Clinic, Mohamad Bydon, M.D., is a neurosurgeon who is fellowship-trained in complex spinal surgery and spinal oncology. He specializes in minimally invasive spine surgery (MIS) for a variety of spinal conditions, including back pain and neck pain, spinal stenosis and spinal fusion. He holds clinical expertise in the many areas of spinal medicine, including stem cell therapies for degenerative spine disease and spinal cord injury.