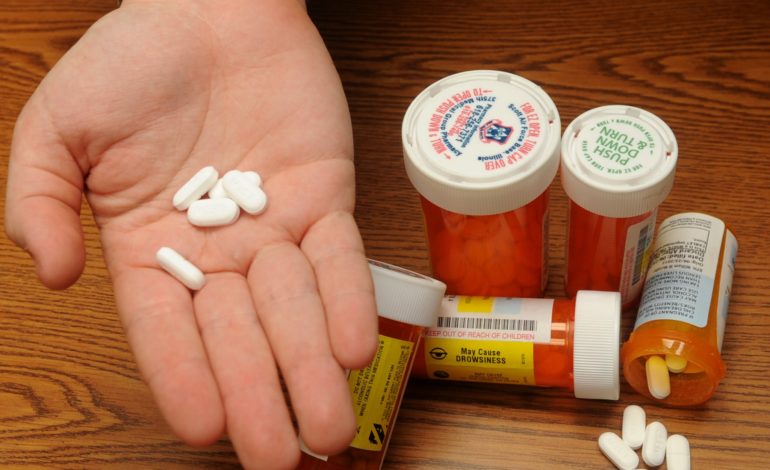 The opioid epidemic has played a large role in the increased death rates. Photo via Air Force Medical Service

CHICAGO —The highest relative jump in death rates from 2010 to 2017, 29 percent, has been recorded among people ages 25 to 34, a new report published in the Journal of the American Medical Association has found.

Overall life expectancy in the United States has also dropped for three consecutive years according to the study, which looked at the past six decades of morality data.

Among the contributing factors have been rising death rates from suicide, drug overdoses, liver disease and dozens of other causes, the report said. People up to age 64 have also seen increasing mortality and falling life expectancy.

About a third of the 33,000 “excess deaths” the study says occurred since 2010 were in just four Midwestern states: Ohio, Pennsylvania, Kentucky and Indiana. New Hampshire was found to have the biggest percentage rise in death rates among working-age people in this decade.

“It’s supposed to be going down, as it is in other countries,” said the lead author of the report, Steven Woolf, who works as director emeritus of the Center on Society and Health at Virginia Commonwealth University, according to Providence Journal. “The fact that that number is climbing, there’s something terribly wrong.”

Woolf said that the opioid epidemic is a major driver of increasing death rates.

The all-cause death rate, which constitutes deaths per 100,000 people, rose 6 percent from 2010 to 2017 among working age people in the United States.

Men have a higher all-cause mortality than women, but women are now succumbing to diseases that were once far more common among men, while men continue to die in greater numbers overall.

The risk of death from drug overdoses increased 486 percent for midlife women between 1999 and 2017; the risk increased 351 percent for men in that same period. Women are also at higher risk for suicide and alcohol-related liver disease.

“There’s something more fundamental about how people are feeling at some level — whether it’s economic, whether it’s stress, whether it’s deterioration of family,” said Ellen Meara, a professor at the Dartmouth Institute for Health Policy and Clinical Practice. “People are feeling worse about themselves and their futures, and that’s leading them to do things that are self-destructive and not promoting health.”