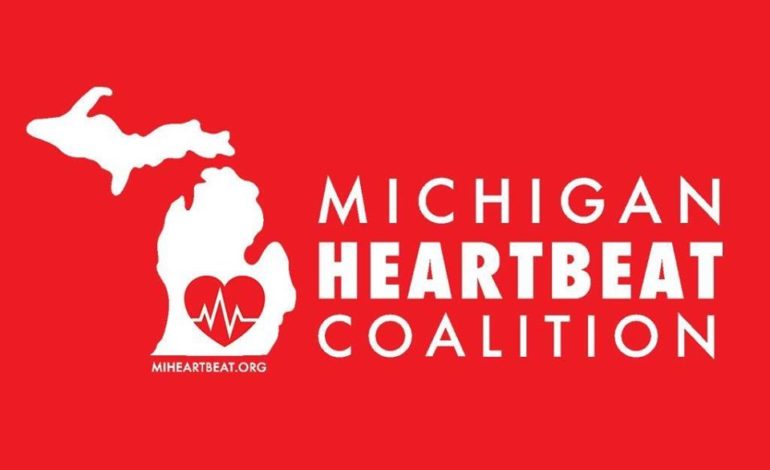 DEARBORN — Representatives from the Michigan Heartbeat Coalition, which is seeking to make abortion illegal in Michigan if a heartbeat is detected in an unborn baby, met with a committee of Muslim leaders from around Metro Detroit last week.

The groups met in Dearborn last Wednesday, November 27, during a regularly scheduled meeting in which several prominent imams and members of the Islamic community come together to discuss important issues.

Both parties came to a mutual understanding. The Islamic leaders in attendance voted unanimously to throw their support behind campaigning efforts to pass the heartbeat bill into law in Michigan. Imam Mustapha Elturk of the Islamic Organization of North America (IONA) confirmed the decision with The Arab American News this week.

As such, the proposed law, dubbed the “Heartbeat Bill”, was not a likely consideration for these faith leaders to put their organizational efforts behind, though Muslims at large do not believe in abortion as a halal practice. It wasn’t until pro-life advocates reached out to the imams that their partnership on the bill began.

The Michigan Heartbeat Coalition is part of a nationwide effort to pass heartbeat legislation in the states, which works towards the overall effort to ban abortion in all its forms. The current proposed bill utilizes recent medical data on the likelihood of doctors detecting a heartbeat in a fetus at a particular time during pregnancy.

There are exceptions in the bill for circumstances in which a mother’s life is endangered by the birthing process. Exceptions for cases of rape and/or incest are deemed unnecessary by proponents as they say a woman should be able to check whether she is pregnant soon after such an incident occurs.

The Heartbeat Bill is a citizen initiated legislation, which means the Coalition needs to gather enough signatures from Michigan residents before a certain deadline, at which point Michigan legislators have agreed to pass the bill through and make it a law.

Michigan will then join seven other states — Arkansas, North Dakota, Iowa, Kentucky, Mississippi, Georgia and most recently Ohio — in passing this particular restriction into law. The bill has been introduced in 28 states.

Proponents of the bill are positive that the bill has the legal potential to break down barriers to a full abortion ban in the country posed by the 1973 U.S. Supreme Court decision in Roe v. Wade.

Every state that has passed the law has faced legal battles and challenges to its implementation, including federal judges outright blocking the state restrictions on abortion. Proponents of the bill, however, think of these legal challenges as a step towards dismantling Roe v. Wade.

“The Michigan bill was drafted by six legislative attorneys and then signed off by the American Center for Law and Justice (ACLJ),” said Corey Shankelton, president of the Michigan Heartbeat Coalition, who met with the Muslim delegation last Wednesday. “If successful, Michigan would join other states under the Sixth Circuit Court jurisdiction to pass the law.

“Once Michigan does, having a unanimous Sixth Circuit Court of Appeals bears a lot of weight with the U.S. Supreme Court.”

The Michigan Heartbeat Coalition states that with six new Trump appointees and five hold-overs from George W. Bush, the Sixth Circuit is one of the most conservative Appellate courts in the nation, perfectly positioning Michigan to play a significant role in overturning Roe vs. Wade.

Moreover, proponents of the bill see more pro-life judges filling the U.S. Supreme Court in the future, making the bill likely to be upheld in the highest court in the country. This would mean that the current standard for legal protection of a unborn child will move from viability — which is determined to be much later in pregnancy —  to the detection of a heartbeat.

With the launch of this petition drive the Coalition plans to collect nearly 500,000 signatures to ensure that the threshold of 340,000 valid signatures in 180 days is met. Governor Whitmer has promised to veto any pro-life legislation that comes across her desk. Since the Heartbeat Bill is what’s called an initiative legislative petition, the Coalition only needs a majority vote in both the State House and State Senate for the bill to become law.

Shankelton said the Coalition collected 25,000 signatures just last week and that he is confident that it will have enough signatures by this year’s deadline of December 30. The deadline can be extended by rolling over the 180 day period to a new start date.

Indeed, reaching out to different faith groups has been essential to this effort. Muslim leaders are now planning to pass out the petitions during sermons and other religious gatherings at their particular mosques.

“Working together is exciting,” Shankelton said. “This is a unique opportunity to stand up and work towards a common goal.”

Shankelton and Coalition member Merritt Allinger said they were warmly received by the imams and that the Heartbeat Bill’s 6-12 week heartbeat detection period coincided with what many Muslims believe to be the period in which life is whispered into a fetus, according to certain passages in the Quran.

Allinger decided to reach out to the Muslim community when he realized the potential for cooperation on the initiative.

“My wife and I had been taking the petition to churches,” he said. “We’ve been living up in Traverse City. During prayer one day we asked the question, ‘who’s been reaching out to the Muslim community?’

“We feel that the Lord spoke to us and we decided that it was time to take the petition to the Muslim community. At first we were curious about what it thought about protecting babies in the womb. We felt that we were led by the Lord to even go out and ask.”

Allinger said the imams were interested in knowing details about the Heartbeat Bill, but once the Coalition informed them that it stood against abortion they were on board. As of last week, the Coalition still needed about 100,000 signatures to meet its goals, though the exact number of how many it has received in total has not been made public.

He also said the Muslim community had the potential to drive the petition initiative towards completion, adding 30,000 or more signatures to the final number, based on how many petitions were handed to the imams last Wednesday.