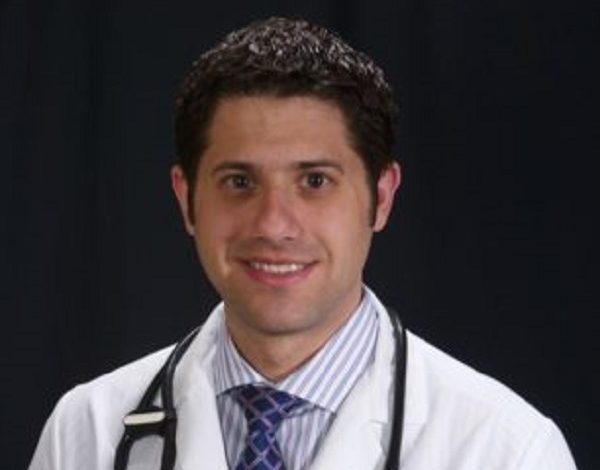 GROSSE POINTE — Amer M. Alame, an Arab American physician who went to high school in Lebanon before attending college at the University of Michigan-Dearborn, was named president of the medical staff at Beaumont Hospital in Grosse Pointe.

The hospital offers medical, surgical, emergency, obstetric and critical care services, and first opened in 1945 before being acquired by the Beaumont Health System in October 2007.

Alame, who specializes in colon and rectal surgery and completed a fellowship at the University of Miami, Florida in 2012, was appointed to the position after winning an election against one other candidate. The hospital has more than 800 physicians on staff, Alame said, and he will begin duties at his new position on January 1.

“I’m really just humbled by how much backing and support I received from a lot of physicians,” he said. “It’s really just a reflection of how much all the physicians trust me to improve their day-to-day processes and that the hospital trusts me as a leader to take care of everything that needs to be done to ensure proper and state-of-the-art patient care.”

He added that he is excited to begin his new duties working at the hospital, where members of all departments work together to provide the best possible care.

“Working in the hospital has been great,” he said. “There is a lot of collegiality between the different disciplines, including surgeons, gastroenterologists, radiologists and many other disciplines. We all work closely together to collaborate and take care of patients as best we can.”

Alame, 39, will be taking on “a lot of new responsibilities” as part of his new post, including new administrative tasks and meetings with administration and other physicians, among other duties.

“My new job involves basically anything related to physician work at the hospital or in an ambulatory setting in the hospital,” he said.

While being a doctor involves countless hours of difficult, stressful work, Alame said that perseverance is the key to success, something that many Arab American doctors have mastered in recent years.

“There are many leaders from the Arab American heritage who are now physicians, who are in leadership positions,” Alame said, noting that many local hospitals have Arab American chief medical officers or chief operational officers.

“Most of us are raised in a culture where hard work is rewarded,” he said when asked if he had any advice for aspiring young Arab American doctors.

“Just to keep perseverance is really what leads to the best outcome at the end of the day,” he said. “The journey is always ups and downs, so whatever part of the journey you’re at, strive and push ahead and look forward to the up part. Hopefully the ups overcome the downs so you’re always moving up.”