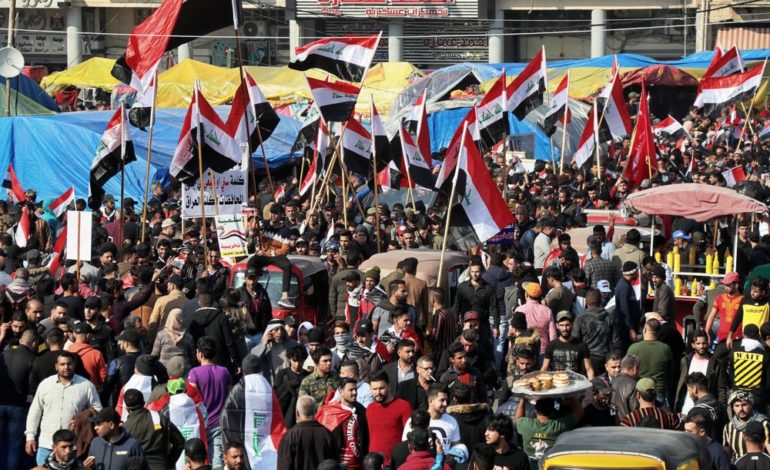 BAGHDAD —Fears of infiltration by unknown groups grew in Iraq on Thursday after 13 people were stabbed in Baghdad’s Tahrir Square. The stabbings caused no fatalities in the area of Iraq’s capital that has been the home of recent protests against the country’s government.

Hundreds of people have been killed in protests in Iraq since they began on October 1, fueled by anger and frustration over dismal living conditions, poor services, lack of jobs and a crippled economy. The political system in Iraq has been in turmoil since it was imposed after the 2003 U.S. invasion of the country.

Some protesters blamed Iran-backed militias for the stabbing incidents. Iran has been blamed for interfering and instigating violence throughout the largely peaceful protests. Thursday’s stabbing attacks are believed to be linked to Iran’s efforts to continue practicing influences in the region.

On Tuesday, anti-government protesters burned an Iranian consulate in southern Iraq in the holy city of Najaf. The building, which was empty, has now been burned for the third time.

President Barham Salih met with Iraq’s main political blocs as a 15-day constitutional deadline to name the next prime minister nears, two Iraqi officials told AP. The Sairoon bloc, led by influential Shi’a cleric Muqtada al-Sadr, addressed Salih in a letter and said they gave protesters the right to support a premier of their choice.

Iraqi security forces have used live ammunition and tear gas rounds on protesters in the months-long protests, killing and injuring protesters and attracting condemnation by Washington and the United Nations.

Experts have warned that Abdul-Mahdi’s resignation will lead to further discord and stalemate as the former prime minister only rose to power due to an uneasy compromise between Iraq’s main political blocs. The question as to which of the two blocs — Sairoon or Fatah — controls the majority in parliament is still unresolved.