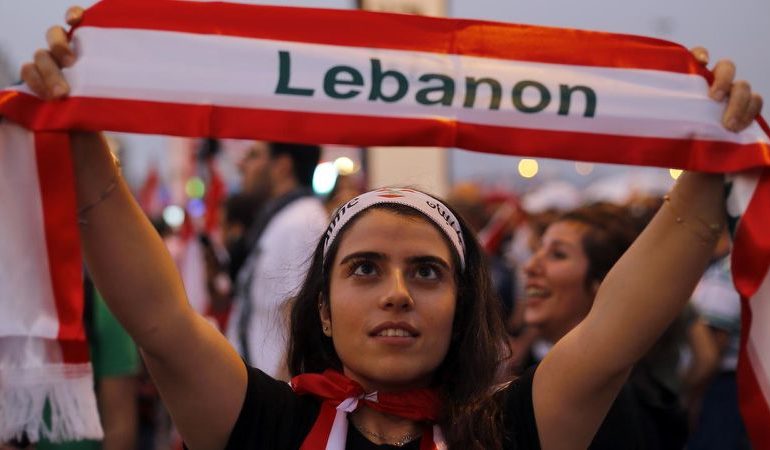 BEIRUT  — Protests in Lebanon took a musical turn on Thursday when a group of activists toured banks, performing songs voicing fears over the fate of savings locked up in the banking system, which has been caught up in a major economic crisis sweeping the country.

In lyrics set to the scores of famous Lebanese songs, a half dozen singers accompanied by an accordion player sang at branches of three Lebanese banks.

“We can’t pay our mortgages, you made us forget the meaning of sleep,” went one of the songs.

Banks have been imposing tight controls on access to hard currency and blocking transfers abroad in measures aimed at preventing capital flight from a country facing the worst economic crisis since the 1975-90 civil war.

“We are facing a limit on how much we can withdraw,” said Mohamed Sabbah, a 29-year-old filmmaker who sang in Thursday’s protests. “This is causing difficulties because many of us need to make payments in cash or for our daily lives.

“The bigger concern, the main motivation for our action, is there are people who worked their entire lives, putting money to one side … It’s as if the money we have been saving is suddenly no longer in our hands,” he said.

Videos of the protests were widely shared on social media.

Last month, the head of the Lebanese banking association described the controls implemented by banks as “a fence to protect the system” until the situation normalizes.

Lebanon’s economic crisis is rooted in decades of state waste and corruption that has landed the country with one of the world’s heaviest public debt burdens.

The financial situation has grown more acute since October, when unprecedented protests erupted against Lebanon’s ruling politicians over graft and bad governance.