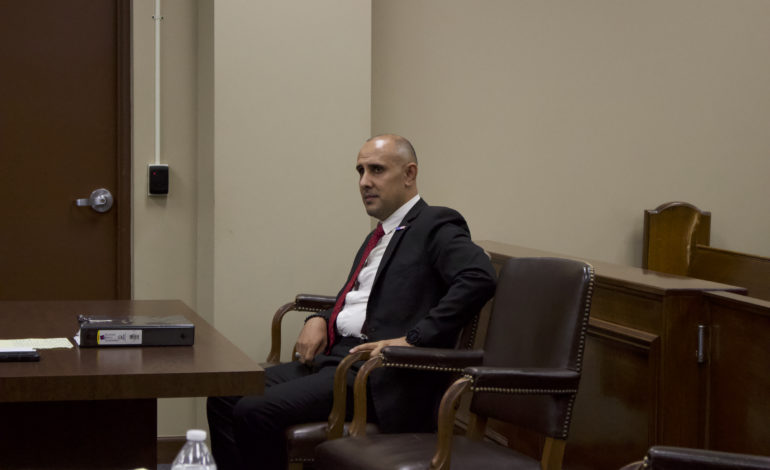 Ibrahim Aljahim at the 31st District Court in Hamtramck during a preliminary exam on October 31. The Wayne Country Prosecutor's Office confirmed that an appeal of dismissal of charges against him were filed this week. Photo: Hassan Abbas/The Arab American News

A claim of appeal was filed in the Wayne County Third Circuit Court on Thursday. Wayne County prosecutors will have to submit a brief 28 days after it receives notice from the court that the record on appeal has been filed.

The alleged victim, a 19-year-old young man with diagnosed health issues who was a student at the Oakland International Academy where Aljahim was a school liaison, testified twice during the preliminary exam. Krot pointed to severe inconsistencies in his testimony while presenting her ruling.

The Prosecutor’s Office informed the public after Krot’s dismissal of the charges that it would, “evaluate the preliminary examination transcript to determine whether an appeal will be filed in this case.”

At this point, it is unclear if prosecutors aim to bring in new evidence or further witnesses to bolster their case. Prosecutors alluded to other possible underage victims, who may have special medical needs as well, during a probable cause hearing in October. Details of that investigation, or whether such an investigation exists at all, have not been made public.