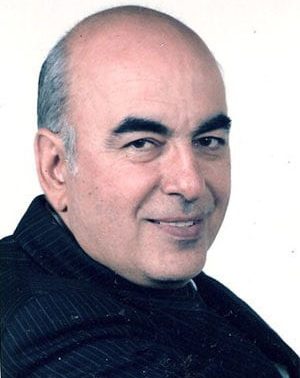 FLINT — The Arab American community lost one of its beloved and honored leaders last week. Former Genesee County Circuit Court Judge Anthony Mansour passed away on December 10 at the age of 93.

The Arab American Heritage Council (AAHC) of Flint was deeply saddened to announce the passing away of one of their founders, long-time board member and a Flint Arab American legend. Cremation has taken place and a memorial mass will be held on January 18 at St. John Catholic Church in Davison, MI. Visitation will take place one hour before the memorial mass.

“Tony meant the world to this organization and we will miss him and his amazing spirit. God rest his soul,” the organization said in a statement. It also issued the following biography of Mansour, his stellar career and important contributions to Michigan:

Anthony was born in Nazareth, Palestine on May 31, 1926, son of the late Najib and Nahail (Karram) Mansour. He came to the United States with his parents, brother, Albert, and sister, Elizabeth, in 1928. He was raised on the east side of Flint and graduated from Flint Central High School, class of 1945.

Working his way through Flint Junior College, class of ’47, at the family’s grocery store, he then graduated from Detroit College of Law, class of ’50. Admitted to the bar, he found mentors in veteran Genesee County attorneys Donald Cameron and Joseph R. Joseph and opened a law office with DCL classmate Norman Ernst. In 1965, Tony was elected to a 10-year term as judge of the Genesee County Circuit Court, following which he enjoyed many more years practicing law.

Tony married Muriel Margaret Ellis, originally of Lawrence, Massachusetts, at St. Mary’s in Flint on June 21, 1952. Together they raised six children in Burton and built a successful law practice at offices on Beech Street in Flint. In 2012, after 60 years of marriage to Tony, Muriel passed away.

Throughout his life Tony was active in improving life for all in the greater Flint area. While at Flint Junior College he helped reactivate the Bruin Club and the Debate Team. He was active in the Young Lawyers Section of the State Bar of Michigan and later in the American Bar Association. While on the bench he was instrumental in modernizing the trial assignment system and the Public Defender Program. After retirement, Tony stayed active in the legal community and his alma mater, participating in out-reach programs like DCL’s Mock Trials.

With wife, Muriel, Tony was for many years a communicant at Holy Rosary Catholic Church where he was an enthusiastic supporter of the school. He was a founding member of Our Lady of Lebanon Maronite Catholic Church and, after moving to Davison, attended St. John the Evangelist Catholic Church. He was active in the Rotary Club of Flint (Paul Harris Award), International Institute (Golden Door Award), Flint Osteopathic Hospital, Knights of Columbus, Arab American Heritage Council and other organizations that promoted community well-being, his heritage and assistance to immigrants and refugees. In his spare time Tony was an avid sailor, sharing countless happy moments on the water with his friends in the Holloway Lake community.

In his last years, first at Woodhaven and then at the Oaks at Woodfield, Tony enjoyed the care and affection shown him by care providers, as well as the friendship of fellow residents. He is survived by his loving children and their families, Larry and his wife, Diane; Norman; Christopher and his wife, Carmel, Patricia and Jeffrey and his wife, Sibylle; his 10 grandchildren; eight great-grandchildren and dear brothers Jerry and George. He is preceded in death by his parents, James (Najib) and Nahail; wife, Muriel; son, Anthony Craig; daughter-in-law, Marcelene (wife of Norman Mansour); siblings, Albert, Esther (Nimer), Elizabeth (Delling) and Georgette (Victor). Donations in lieu of flowers can be made to the Arab American Heritage Council, Holloway Lake Association, or the Rotary Club of Flint.

In the 1990s, Mansour began to interview elderly Arab Americans of Flint, which he recorded on audio and videotape.  After 1997, under the auspices of the American Arab Heritage Council and later, with the aid of a research grant from the Ruth Mott Foundation, he undertook a more formal project.  The result was The Peddler to Merchant Generation: Our Arab American Pioneers. The collection is publicly accessible at the University of Michigan-Flint.

“Tony Mansour was a true friend, mentor and community leader,” he said. “Born in Nazareth, Palestine, Tony’s parents brought him to Flint, Michigan as a child.

“Tony loved the Flint community and dedicated his life to helping others, as an attorney, a community leader and a Circuit Court judge. Throughout his life, Tony worked to improve our criminal justice system, ensure equal rights for all Americans and find a peaceful solution to the Israel-Palestine conflict. Jennifer and I extend our deepest sympathies to the entire Mansour family during this difficult time.”