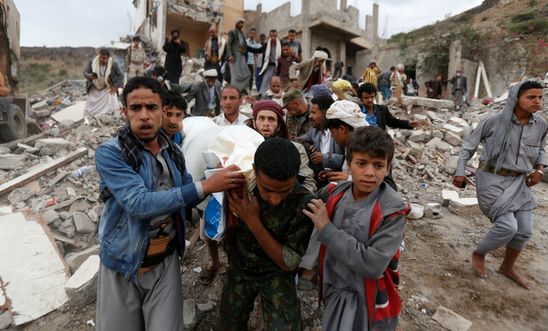 The fate of up to 1,200 Yemenis may hang in the balance. Photo via Amnesty International UK

WASHINGTON, D.C. — U.S. Rep. Debbie Dingell (D-Dearborn) led a group of House members in calling on the Trump administration to urgently extend and re-designate Temporary Protected Status (TPS) for Yemen due to the ongoing armed conflict within the country.

Yemen’s TPS status expires on January 3, adding to the urgency of the situation.

Once designated, TPS allows people from nations experiencing war, natural disasters or extraordinary circumstances to live and work in the United States on a temporary basis. The status for Yemen was originally designated in 2015 and re-designated in 2017 and 2018 as the humanitarian crisis worsened.

“The war in Yemen has had drastic humanitarian and security consequences, and TPS is both deserved and warranted under law for these reasons,” the lawmakers wrote, according to a press release. “The outbreak of war, which was the main reason for TPS designation in September 2015,  remains ongoing, with widespread violence throughout the country.

“Current TPS recipients from Yemen living in safely in the United States have contributed greatly to the social and economic welfare of our communities. Failing to extend TPS for Yemenis who have it and re-designate it for eligible individuals will put many men, women, children and families in jeopardy and while undermining the security of the American homeland.”

Eligible nationals of Yemen (and people without nationality who last habitually resided in Yemen) who are approved for TPS will not be removed from the United States during the designated period.

The letter was signed by more than 20 representatives including André Carson (D-IN) and James P. McGovern (D-MA).

Those who would like information about the application process and eligibility requirements can visit https://www.uscis.gov/humanitarian/temporary-protected-status.

The full letter can be read here and mentions that the fate of nearly 1,200 Yemeni nationals may hang in the balance considering the outbreak of war which remains ongoing in the country.