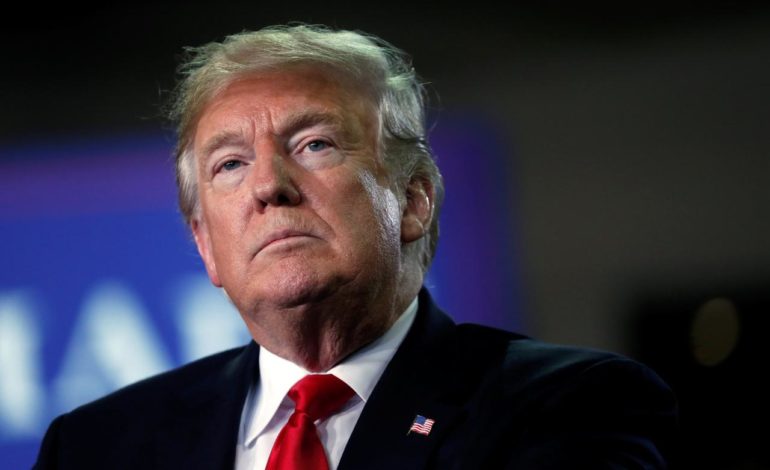 WASHINGTON, D.C. — The 45th president of the United States of America, Donald J. Trump, was officially impeached by the House of Representatives this past Wednesday for abuse of power and obstruction of Congress, making him the third president in history to face the possibility of removal by the Senate.

The other two presidents were Andrew Johnson in 1868 and Bill Clinton in 1998. Neither was convicted.

President Nixon resigned in 1974 before articles of impeachment could be brought against him for his role in the Watergate scandal.

The vote went mostly along party lines and ended with Trump being charged with committing high crimes and misdemeanors.

Only two Democrats opposed the article on abuse of power, Collin C. Peterson (D-MN) and Jeff Van Drew (D-NJ). Tulsi Gabbard (D-HI) voted “present” on the article, which accused Trump of using the levers of government in a corrupt way to solicit election assistance from Ukraine, in the form of investigations used to discredit his Democratic political rivals.

Only one non-Democrat voted in favor of the first article of impeachment, Justin Amash (I-Grand Rapids), a former Republican. The article passed 230 to 197.

Amash was also the only non-Democrat to vote in favor of the second charge, obstruction of justice, which passed by a final vote of 229 to 198. The impeachment resolution, said to be narrow in scope but broad in its charges by the Associated Press, said Trump obstructed Congress’ oversight like “no president” in U.S. history.

Trump responded to the impeachment in Battle Creek on Wednesday, calling into question its merits and firing back at Democrats.

“I don’t know about you, but I’m having a good time,” he added, pointing out to the crowd that no Republicans voted in favor of the impeachment.

“The country is doing better than ever before,”he added. “We did nothing wrong.”

Trump also offered up harsh comments at the rally, calling a female protester a “slob” and suggesting that the late John Dingell, the former Michigan Democratic congressman and Dean of the House who served for 59 years, had gone to hell.

Dingell’s widow, U.S. Rep. Debbie Dingell (D-Dearborn), said on Thursday that Trump’s remarks “really hurt” and that she would not go “tit-for-tat” or descend to “his level.”

“My husband earned all his accolades after a lifetime of service,” Dingell said. “I’m preparing for the first holiday season without the man I love. You brought me down in a way you can never imagine and your hurtful words just made my healing much harder.”

“So after the Democrats gave me no due process in the House, no lawyers, no witnesses, no nothing, they now want to tell the Senate how to run their trial,” he said. “Actually, they have zero proof of anything, they will never even show up. They want out. I want an immediate trial!”

In a press release, U.S. Rep. Rashida Tlaib (D-Detroit), who has been one of Trump’s most vocal critics, said that the president blatantly abused his power.

“That the House voted to hold him accountable for his blatant abuse of power and obstruction of Congress sends a resounding message that we are a nation of laws and no one, not even the president, is above them,” she said.

“This is—and always has been—about protecting the future of our nation and our democracy from corruption, abuse of power, criminal coverups and bribery for generations to come.”

The articles still have not been transmitted to the Senate, however, as Speaker of the House Nancy Pelosi has said she doubts Senate Majority Leader Mitch McConnell (R-KY) will hold a fair trial.

What happens Next in Trump’s impeachment

The next steps in the impeachment process include the selection of “impeachment managers” to make the case against Trump in a Senate trial likely to begin next month.

The trial will be presided over by Supreme Court Chief Justice John Roberts.

A two-thirds majority of the senators would have to convict Trump in order to remove him from office, but that is said to be unlikely considering senior party figures’ public statements that they plan on acquitting Trump, The Guardian reported.