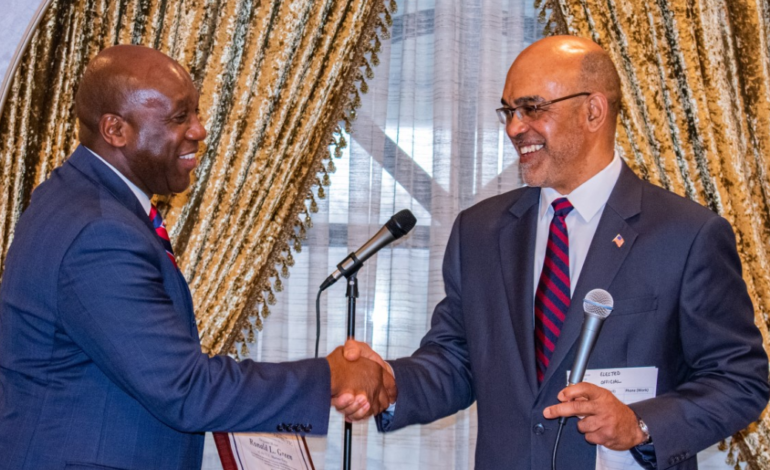 Well over 400 veterans, spouses and family members attended the event, which was sponsored by PNC Bank, First Independence Bank and ICNA Relief. Guests spent their time being educated by the many local leaders and workers in attendance, and veterans were honored for their service.

Veterans were represented throughout the program, including members of the local band Sing Out, which was the special musical guest for the event and performed several songs. Other elected officials, including Kwesi Betserai from the Wayne County Department of Health, Human and Veterans Services, Dearborn Heights City Councilman Bill Bazzi and Chief Judge Gene Hunt of Dearborn’s 19th District Court, were among those who attended the fair and were acknowledged.

Fifty of those in attendance were vendor tables from the resource providers. Honorary co-chairs for the event included U.S. Rep. Debbie Dingell (D-Dearborn) and U.S. Rep. Rashida Tlaib (D-Detroit).

For more information on the Wayne County Treasurer’s office, send an email to taxinfo@waynecounty.com or visit them at 400 Monroe in Greektown. The phone number is 313-224-5990.