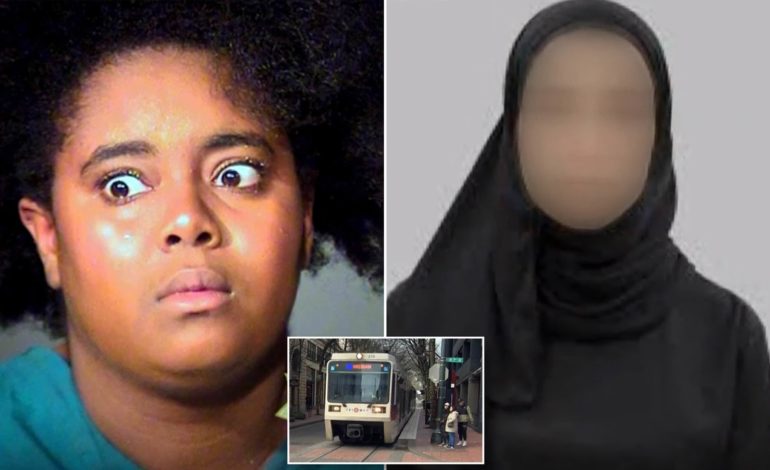 Campbell (left) said she missed her court appearance due to a mental health issue. Photo via The Daily Mail

PORTLAND, OR — A 23-year-old Oregon woman has been charged with hate crimes after she allegedly attempted to choke a Muslim student with her headscarf.

The woman, Jasmine Renee Campbell, has been indicted on hate crime, attempted strangulation, harassment and criminal mischief charges following an attack that occurred in November on the campus of Portland State University.

Court documents showed that the woman allegedly grabbed the hijab worn by a student and tried to choke her with it. Prosecutors said she then stripped down and rubbed the hijab over her naked breasts and genitals while making disparaging remarks about Muslims.

Campbell failed to appear in court on Friday of last week, leading to the issuing of an arrest warrant. She is listed as both homeless and living at an address in the Portland metro area according to documents obtained by The Oregonian.

According to a report from KIRO 7 Seattle, Campbell told station KPTV that she was not trying to hurt anyone, and also that she had been drinking too much and suffers from a mental health condition that contributed to her missing her previously scheduled court appearance.