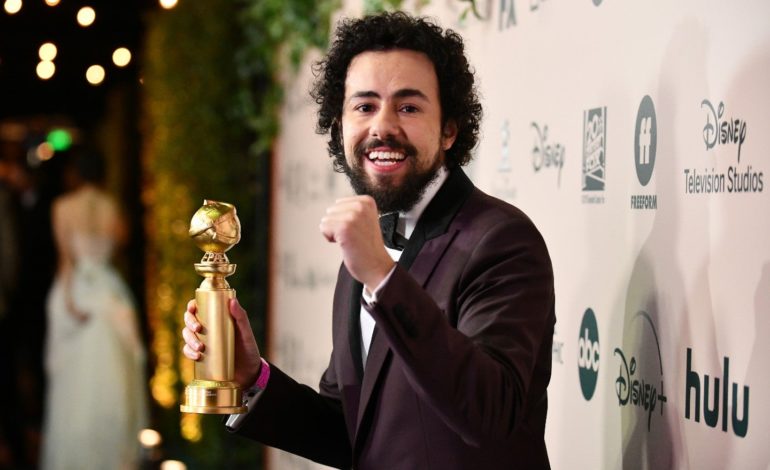 Youssef won the award for best actor in a comedy TV series for his role in "Ramy."

BEVERLY HILLS, CA — Egyptian American actor Ramy Youssef took home the first major film award of 2020 this past Sunday, winning the Golden Globe award for best actor in a comedy TV series for his role in “Ramy”, a comedy-drama that premiered on Hulu in 2019.

Youssef, who plays the eponymous character, also served as its co-creator and a lead writer, as part of a series produced with the intent of showcasing only the best of the American Muslim community.

“And I turned that into something that will hopefully make people feel seen, a little less lonely.”

Youssef also took the moment to share some tongue-in-cheek humor, earning laughs from the crowd.

“Look, I know you guys haven’t seen my show,” he said.

It was a powerful statement considering the traditional Arabic phrase, which means “God is most great”, has been misunderstood as a “threatening war cry,” Slate.com writer Aymann Ismail wrote.

“Hearing him say it, in his fancy suit alongside beaming actresses like (award presenters Reese) Witherspoon and (Jennifer) Aniston, was his way of thrusting his uncompromised identity into the Hollywood elite diaspora,” he added, describing the scene.

The show, which was released on April 19, tells the story of an Egyptian American family living in New Jersey, and of Ramy, a first-generation American Muslim millennial.

The show has been renewed for another season, with actor Mahershala Ali, another American Muslim who has won a Golden Globe award, joining as a guest star.

Following his victory, Youssef’s Golden Globe statuette was flagged and inspected by the TSA at Los Angeles International Airport.

“The ‘random’ checks you have to deal with when you have a Muslim name,” he wrote on Instagram, posting a picture with an agent posing as if she had won the award.

Season two of  “Ramy” is expected to be released sometime this spring.