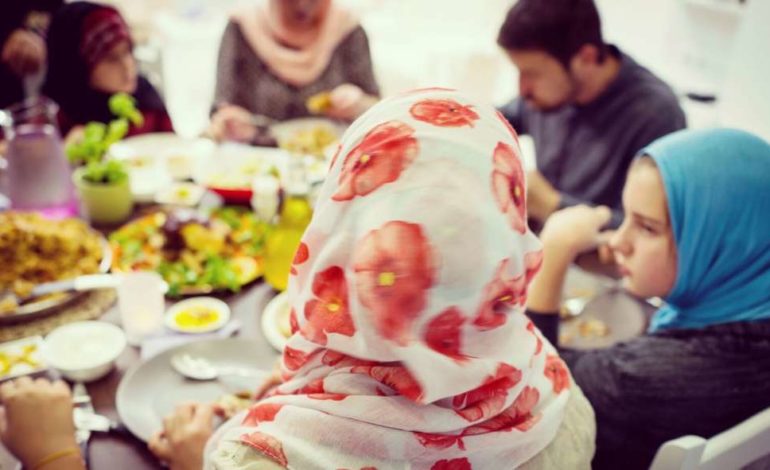 The household incomes of American Muslims vary widely, much like the general population. Photo via IslamFaith.com

WASHINGTON, D.C. — Despite large numbers of faith members in high profile, high income positions, American Muslims are nonetheless facing difficult economic circumstances according to the latest research from the Institute for Social Policy and Understanding (ISPU).

That was a key finding of the organization’s 2019 American Muslim Poll, which found that Muslims were the most likely faith community to report low income, with one third of Muslim households in America at or below the federal poverty level, making a combined annual income of less than $30,000.

In total, the group’s polling found that 37 percent of Muslim households in the latest survey reported incomes below $30,000 as compared to 26 percent in the general public, data analyst Youssef Chouhoud wrote on the ISPU’s website in late November.

The poll also surveyed respondents on their beliefs about the causes of poverty in their communities. Attitudes about poverty often have a considerable effect on political leanings.

“Subjective perspectives on the causes of economic difficulty and assessment of their own personal finances can also be quite informative,” Chouhoud noted in his analysis of the poll results. “For example, studies have shown that one’s belief in the root cause of poverty can strongly predict certain policy preferences.

“Those who believe that poverty is primarily due to circumstances beyond one’s control are more likely to support redistributive policies than those who feel that individuals experiencing poverty are primarily responsible for their own economic condition,” he added.

The ISPU is a research organization dedicated to providing information on American Muslims in order to support well-informed dialogue and decision-making.

In 2017, the organization released a report titled “An Impact Report on Muslim Contributions to Michigan”, which found that Michigan Muslims “contribute a tremendous amount across issue areas to the success of the entire state and the health, happiness and well-being of their fellow Americans, despite comprising just 2.75 percent of Michigan’s overall population.”

In Michigan, Muslims make up more than 15 percent of the state’s medical doctors despite their relatively small numbers, as well as 4.18 percent of all small business owners in the state.

While American Muslims have become successful in several different fields, ISPU Research Project Manager Erum Ikramullah said she was not surprised by the results of the poverty survey questions.

She said that while the Michigan survey and the nationwide poll are not mutually exclusive, they are emblematic of the different economic situations faced by American Muslims.

“It shows the complexity of the American Muslim experience,” she said when asked about the nationwide findings contrasted with the Michigan survey findings. “Somebody could be a business owner and still be in poverty or still experience economic security.

“Another layer is the racial makeup of the Muslim community, as well as the heavy refugee population among Muslims,” she added. “There are a lot of complex layers.”

A 2018 survey conducted by the ISPU titled “What’s the Hidden Story Behind American Muslim Poverty?” found that Black Muslim families are the most likely of any racial group to experience income levels below the poverty line.

The ISPU results are consistent with a 2017 survey by the Pew Research Center, which found that American Muslims are about as likely as the rest of the population to make more than $100,000, but more likely to report incomes below the poverty level as well.

Despite the aforementioned struggles, American Muslims are on average more positive about finances than their economic situations would indicate.

Muslims living in low income households make up a larger share of those rating their financial situation positively, at 22 percent, than the general public, at 8 percent, according to the poll.

Religious services have a calming effect on American Muslims struggling financially, the poll also found as part of its section on Muslims’ views on poverty.

The only significant predictors of whether or not Muslims believe that societal factors primarily drive poverty are political ideology and party identification, the poll also found.

Conservatives and Republicans are more likely to assign blame to the individual for their economic standing.

American Muslims are also significantly more likely than the general public to believe that poverty is primarily due to circumstances beyond one’s control vs. an individual’s bad choices, according to the results.

Muslims are squarely aligned with most other groups on the issue, with only Catholics and to a larger extent White Evangelicals holding a majority view that poverty is the result of a person’s individual actions.

The full report and survey results can be found on the ISPU’s website.