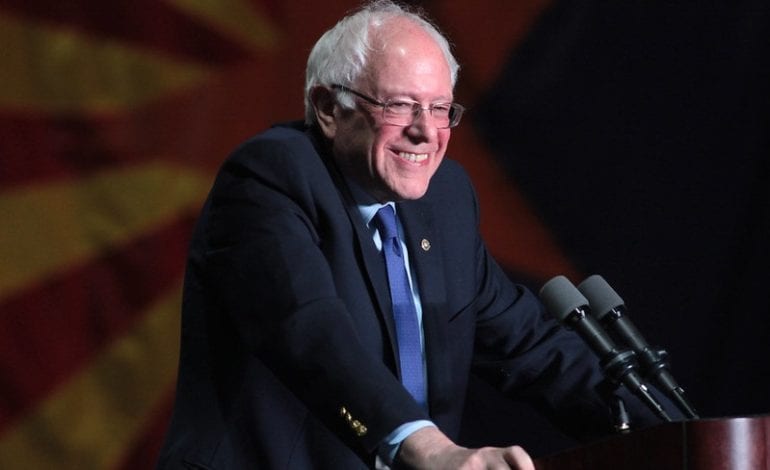 Bernie Sanders is showing strength on the ground in the two first states on the presidential primary calendar for the 2020 presidential election, New Hampshire and Iowa, as Democratic Party supporters begin to ponder whether the Vermont senator is capable of winning the presidency.

Establishment-minded Democratic Party members have grown “increasingly alarmed” that Sanders could become their nominee, warning colleagues that he could struggle to defeat Republican Donald Trump in November, according to a January 8 report from the Associated Press.

But Sanders appears to be gaining strength in the most recent polls, according to a Thursday report from The Washington Post.

Seventy-one percent of Democrats view him favorably according to a poll released this week by The Economist and YouGov, a figure on par with former Vice President Joe Biden’s approval rating.

The same organizations also found that only 20 percent of Democratic primary voters would be disappointed if he were the nominee, beating out Biden at 24 percent.

And more than half of Democratic primary voters said they think Sanders can beat Trump.

But questions remain about Sanders’ age, 78, as well as his ability to win key swing states.

“You need a candidate with a message that can help us win swing voters in battleground states,” said former Chicago Mayor and Barack Obama campaign aide Rahm Emanuel, according to the AP. “The degree of difficulty dramatically increases under a Bernie Sanders candidacy. It just gets a lot harder.”

“He’s more concerned about shouting in the wilderness to make an ideological point than getting things done,” LaBolt said.

“Who’s more electable?” Zahr tweeted on January 8, noting that Sanders won 23 primaries in the 2016 election and that Biden is “on his third run (and) never won a single contest.”