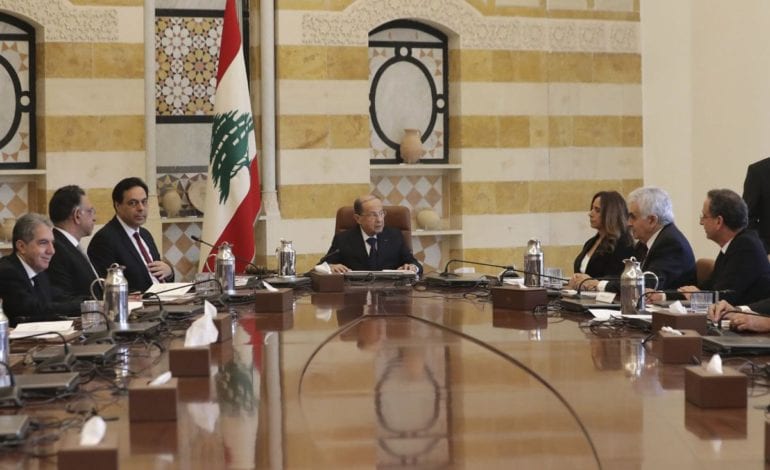 A popular uprising forced the resignation of the Lebanese prime minister and his cabinet last October. But a strong self-serving government and a very unpopular parliament are still operating with full force. The uprising has a long way to go to achieve its aspirations for a radical change in the political system. On Tuesday, Prime Minister Designate Hassan Diab, a former minister of education and the vice president of the American University of Beirut, managed to form his cabinet after a full month of intensive negotiations. The cabinet is supported by the existing pro- Syrian powerful parties, but the cabinet itself is distant from party affiliations. Regrettably the uprising is still raging.

In a New York Times article, Ben Hubbard and Hwaida Saad identify many challenges for the newly formed Lebanese cabinet. The authors argued that this proposed cabinet is likely to fail due to its closeness to Hezbollah, a Lebanese movement which is considered a terrorist organization by the U.S. and the leading Gulf Arab states. Hubbard and Saad point to several issues: The protestors are not satisfied with ministers who are assumed to be loyal to corrupt political parties; the Sunni community, to which the new Prime Minister belongs, does not feel represented in this cabinet; not all ministers have the right expertise for their portfolios and finally, the international community would not support a cabinet which is opposed by pro-Western parties. All these elements of presumed “weakness” in the cabinet are exaggerated and debatable; even if partially true, these “negative” elements are not sufficient to kill the chances of success of the new cabinet. (Click here for more info.)

As a result of the rapid erosion of the financial and economic security over the past few months, Lebanon’s sovereignty and its future are now in question. To expect a new Lebanese cabinet to introduce radical reform in the current political environment is unrealistic. The cabinet of Hassan Diab should be viewed as an emergency “task force”, with a potential to save the country from bankruptcy and from the possible return of civil war conditions.

True, the process of selecting the ministers was significantly manipulated by the existing distrusted political parties. Still, the new cabinet is made up of non-politically aligned specialists who are sufficiently distant from these political parties which named them. Thus the new ministers could prove to be able to carry out their duties with a degree of freedom from their political backers, a condition which had not been possible in previous governments.

With a cabinet under extreme public pressure to introduce reforms there is some hope that change is possible, albeit to occur in steps. The sweeping and popular uprising of October 17 has been successful in drawing sharp public attention to the massive corruption of the entire political class and in mobilizing public pressure. Public protest does not have to stop — after cabinet formation —- but it must be softened, calibrated, protected (from opportunists) and finally, encouraged to recognize the merits of the new cabinet.

With a cabinet composed of six highly educated women, out of 20 ministers, the challenge to demonstrate the role of women in state building could make a difference in the success of this cabinet. In a Middle East society which has been plagued by chauvinism and patriarchal authority at home, in school, in the place of worship and in governance, women should be given the chance to shine in politics, just as they have shined in other domains of responsibility.

Prime Minister Diab is not totally embraced by the head of his religious authority, but he still has a record of serving on the board of the largest Islamic social welfare (Sunnite) organization in the country. Hassan Diab is not a “tool of Hezbollah”, as some leading Western media have insinuated. Diab is not the choice of Hezbollah; Hezbollah was in fact forced to accept Diab as a “neutral”, academic figure, with a profile which might appeal to the demonstrators. Diab seems responsive to the demands of the uprising and he has resisted the strong attempts of manipulation by the ruling regime with some success.

Diab is open to establishing positive relations with Syria. This factor is provocative to Washington and the Saudis, but total “neutrality” in foreign relations is not possible for Lebanon. Cooperation with Syria is not a bad idea, given the resulting benefits of regional economic cooperation and the urgent need to repatriate one million Syrian refugees from Lebanon.

In a country which has been voting for corrupt politicians for nearly a century, reform could only come in steps. Paul Salem, the president of the Washington-based Middle East Institute, predicts that the current cabinet would not be able to rescue the country due to the lack of support from the Arab Gulf states and the West. There is no need to go that far, for the real test for this cabinet will be its efficiency, honesty and hard work. External support will come to Lebanon once there is evidence that the country is trying to break out from a vicious cycle of corruption. Salem does acknowledge the positive elements in the cabinet but he wants more: There is some positivity that for the first time in decades, the government is actually composed, for the most part, of fairly accomplished technocrats – and that was one of the demands of the protestors. But the other half of the demand is that they be politically independent. This demand has been flatly rejected. In this case, half is not enough.

For many “half is not enough.” This writer begs to differ, as Lebanon is in intensive care, with poor prognosis. To expect that street demonstrations will in the short-term lead to full reform is not realistic. One has to keep in mind that a corrupt parliament is still in place; it has to approve the proposed cabinet. A revolutionary cabinet would be rejected by a self-serving parliament. The protesters, who have been rightly demanding full reform for three months, should know better than to expect an exemplary cabinet at this stage.

Only a military take-over, which would instantly form a civilian transitional government, could precipitate radical reform. But Lebanon’s national army would break into sectarian divisions if its tries to eliminate a political class which is still in control of its constituencies.

The basic Lebanese conundrum is that the ruler will resist strong reform because it means punishment of those in power. If this cabinet is able to introduce some measures to revive the economy, stabilize the banks, reduce corruption and return people to work, it would gain the credibility it needs to bring about early elections of a new legislature. With a reformed parliament it would then be possible to change the country structurally and economically.

This cabinet deserves a chance to prove itself. If it fails to deliver the goods it could be due to any number of reasons. With Iraq and Yemen, Lebanon falls in the center of callous cold war politics taking place between the U.S. and its alliances in the region on the one hand, and China, Russia and Iran on the other.

Dr. Ghassan Rubeiz is an Arab-American writer, journalist and commentator on issues of development, peace and justice. He is the former Middle East Secretary of the Geneva-based World Council of Churches. Reach him at rubeizg@gmail.com.