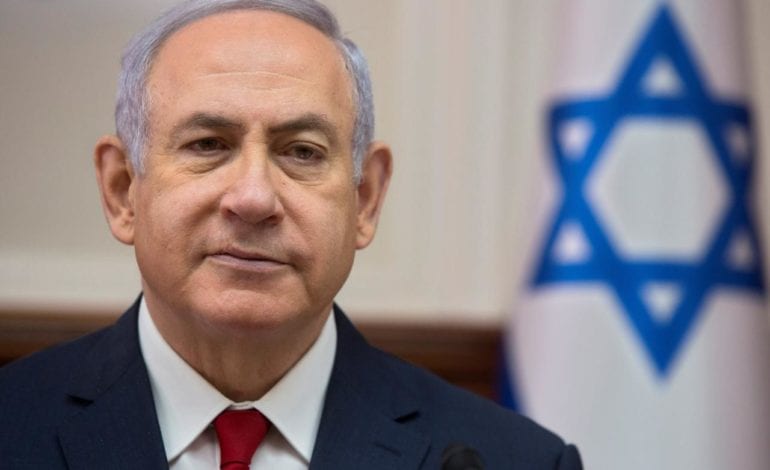 Benjamin Netanyahu, Israel’s longest-running prime minister, became its first sitting PM to be indicted on criminal charges after dropping his bid for immunity from prosecution in three corruption cases, according to an announcement from Israel’s attorney general.

The development came as Netanyahu visited Washington for the launch of United States President Donald Trump’s Middle East peace plan, which is expected to be the most pro-Israeli U.S. proposal yet according to a report from The Independent.

The decision to file will allow for a trial to continue leading up to elections on March 2.

Netanyahu has been charged with fraud, breach of trust and bribery stemming from three separate cases announced in November. He has denied any wrong doing and described the legal proceedings as a “political witch hunt.”

The prime minister originally had sought immunity from the proceedings but relented after it became clear in Israel’s parliament the Knesset that his request would ultimately be rejected.

“In this fateful hour for the people of Israel, when I am in the United States on a historic mission to design the permanent borders of Israel and ensure our security for decades to come, the Knesset is expected to start another spectacle in the circus of removing immunity,” Netanyahu had previously written on his Facebook page before announcing he would not seek immunity.

He added that he “was not given due process…I decided not to allow this dirty game to continue.”

Benny Gantz, the prime minister’s top elections rival who leads the centrist Blue and White alliance, said in a statement that “Netanyahu is going to trial – we must go forward.”

“Nobody could run a country and simultaneously manage three serious criminal charges of bribery, fraud and breach of trust,” he added.

Both Gantz and Netanyahu had been invited to Washington to discuss Trump’s peace plan, which has already been rejected by Palestinians who say it will shatter their hopes of achieving statehood.

The Israeli media leak said the peace plan gives Israel full control over the whole of the contested city of Jerusalem, which Palestinians had hoped would be their capital. Palestine’s capital would be in east Jerusalem.

Such a plan would allow Israel to annex nearly all of its settlements in the occupied West Bank.

The AP reported that the plan calls for a four-year freeze in Israeli settlement activity and the “doubling of Palestinian territory.”

Amir Tibon, a Washington-based journalist for Israel’s Haaretz left-leaning newspaper, tweeted the following: “Israeli media reporting Trump plan will allow Israel to annex all West Bank settlements. American media quoting White House officials that there will be a Palestinian state with some presence in Jerusalem. That’s the advantage of not releasing a document: Spin as you wish.”

According to U.S. officials quoted by Reuters, Trump has endorsed a proposed map outlining the two states. The Palestinian state would double the size of land Palestinians currently control and would be connected by roads, bridges and tunnels.

The officials said it was up to the Palestinians to come forward and say they are prepared to negotiate, and Trump said no deal would be completed without the Palestinians.

The UN deems Israel’s settlements to be internationally illegal, but the Trump administration announced that the U.S. would no longer classify the settlements as be illegal this past November, reversing decades worth of policy.

According to the leaks, Israel would annex nearly all of its settlements in the occupied West Bank, effectively giving them over a third of the territory. Israel’s military said they were reinforcing with infrantry troops from the Jordan Valley in the area ahead of Trump’s announcement.