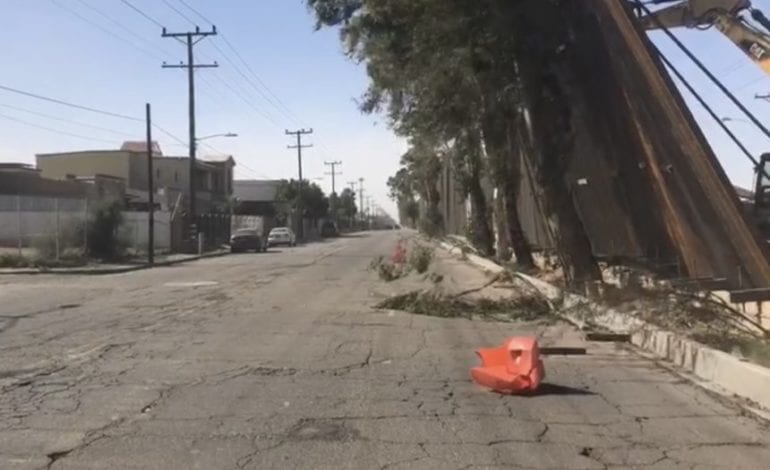 An image from KYMA News Channel in California shows the damaged wall leaning on trees on the Mexican side of the newly constructed wall along the U.S.-Mexico border

MEXICALI, MEXICO — CNN reports that a newly installed panel on President Trump’s U.S-Mexico border wall fell over on to the Mexican side in the city of Mexicali due to high winds on Wednesday. The area of the wall is under ongoing construction.

Customs and Border Protection (CBP) agent Carlos Pitones said that the panel was set in fresh concrete in Calexico, California and had not completely set and was therefore unable to withstand the strong winds. He told CNN that CBP was working with Mexican officials to remedy the damaged section of the wall, while Mexican officials diverted traffic from the area. Pitones was unsure how long construction would have to be halted.

Trump is looking to complete the 450-mile long border wall, and has had to pull federal funding from various programs to speed up construction before this year’s elections. The wall recently hit the 100 mile mark. CNN reports that the government may have to purchase land from private land owner to achieve the aim, set out by the president early on in his time in the White House.