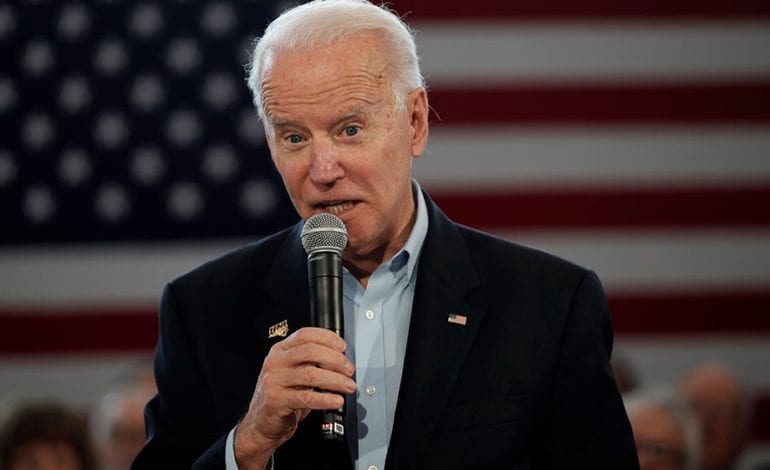 Joe Biden is the projected winner in Michigan. Photo via Carlos Barria/Reuters

The race for the White House officially kicks off in Iowa on Monday, Feb. 3, with both Democratic and Republican candidates jockeying for delegates at polling locations across the state.

The Iowa caucus is the first event in a months-long primary season that will run through the beginning of June, leading up to the July 13 Democratic Convention in Milwaukee, Wisconsin, where the Democratic nominee will be chosen.

President Trump, who is currently in an impeachment trial, is a near-lock to be the Republican nominee. The Republican Convention will be held August 24-27 in Charlotte, North Carolina.

Iowa’s traditional caucuses are a system of local gatherings where voters decide which candidate to support and select delegates for nominating conventions. Primaries are simpler and more straightforward, during which voters cast secret ballots for their preferred candidates (Michigan’s primary will take place on March 10). Race for the White House

During the primary cycle, the term delegates means the people who will represent a candidate at the party’s nominating convention. The candidate with the most delegates will win the caucus and the number will be added to their total for the 2020 election cycle. The more delegates a candidate wins, the more support they will have at their party’s convention prior to November’s election.

Iowa’s convention is expected to be one of the largest in history, with thousands of people heading to caucus sites around the state to show their support.

On the Democratic side, 41 pledged delegates are up for the taking, including 14 based on the statewide vote and 27 that will be given out of Iowa’s four Congressional districts.

After Michigan holds its open primary on March 10, 147 delegates will be awarded, of which 125 are pledged delegates who will be allocated on the basis of the primary results.

According to a poll released this month from Baldwin Wallace University in partnership with Oakland University of more than 1,000 registered voters in Michigan, Biden held a 27 percent to 21.6 percent lead over Sanders.

Michigan’s primary will be held one week after “Super Tuesday”, during which nine states will award their delegates.

The following is a list of dates and states for the 2020 primary circuit: