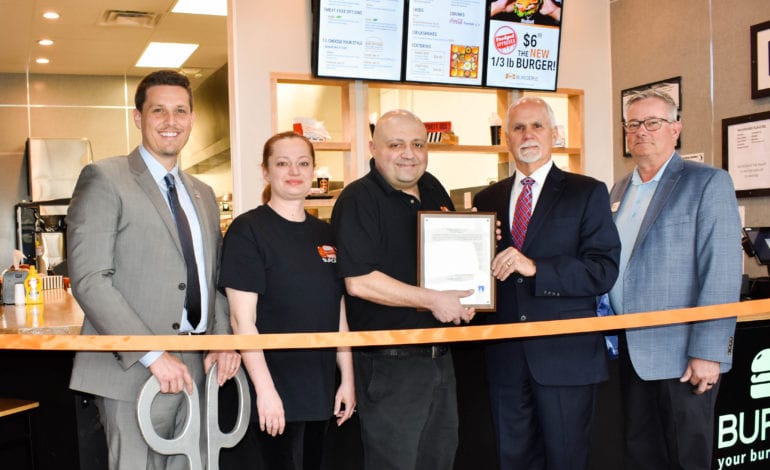 DETROIT — News recently broke that the burger brand Burgerim had fallen into financial ruin, after signing up an unprecedented number of franchisees across the country to a bad business model and unmet promises of success. An investigation by a restaurant publication tells the story of a company with unrealistic sales pitches and an Israeli owner who fled the U.S. after many franchisees lost entire livelihoods.

Burgerim filed for bankruptcy last December, before quickly changing its tune and saying that it was undergoing restructuring. The Arab American News spoke to one former franchisee who operated a Burgerim in Troy before switching over to another brand. Michael Sarkisoff confirms the brand’s shady operating procedure and its unrealistic promises to franchisees.

Sarkisoff spoke of another local franchisee, Sam Zahr, whom he said made things difficult for him to operate an already struggling business, while Burgerim completely ignored those problems. Sarkisoff’s story runs parallel to those of many across the country who struggled to stay afloat while the company continued its ineffective yet aggressive practices.

A multipart investigative piece by Jonathan Maze last month in the publication Restaurant Business relied on more than 30 interviews with Burgerim employees, officials and most importantly franchisees, in addition to many publicly obtained business documents. The story itself is complex and readers are encouraged to take a look for themselves: https://www.restaurantbusinessonline.com/emerging-brands/burgerim-grew-protection-franchisees-fell-short

The broad strokes are that Burgerim considered filing for bankruptcy in mid-December, before going into major restructuring. The company went dark and became unreachable by phone or email for a substantial period during this time, though it continued to reach out to potential new franchisees.

Oren Loni, the man behind the franchise, had fled Israel in 2015 after getting into trouble with Israeli officials for signing up dozens of inexperienced franchisees to a different brand he’d operated. Some of these franchisees were owed refunds that were never paid. In the U.S. Loni started Burgerim Holdings and Burgerim Group USA and, so the story goes, continued his less-than-scrupulous business practices here.

With an aggressive sales strategy, Burgerim signed more than 1,200 franchise agreements in three years before collapsing. Maze writes that an estimated 200 locations or more are open. As many as 100 have closed, and an uncertain number, perhaps 150, are in various development stages.

Inexperienced franchisees were lured with a $50,000 franchise fee with no requirements for net worth or liquidity that would help them stay afloat while they built their business to where it was profitable. It also gave operators an unheard of money-back guarantee: Refunds on their investment if they couldn’t find locations after six months. Many are still waiting for this refund. Other franchisees had trouble locking down leases and becoming operational, promises by Burgerim that never came to fruition.

On its face, Burgerim seemed to be doing well, generating $45 million in just two years. Maze said this growth marked serious problems and that the company quickly burned through this revenue. The company relied on franchise fees and made the drastic mistake of not collecting royalties from operators. Many operators couldn’t pay these guarantees anyway.

A franchise “free for all” in Michigan

The brand failed to bring in customers and relied on a complex menu that could not be made to order fast enough to keep up during rush hour. It also hid its sales numbers, saying the company’s franchise disclosure document prevented it from disclosing what the sale from other stores were. This was Sarkisoff’s experience with the brand.

“Based on what Burgerim said, business was great,” Sarkisoff said. “But they never could provide any confirmation; it was just words and no actual data.

“I accepted this at that time, but realize now that it was just a ploy.” Sarkisoff said he heard of Loni’s fleeing the country around the same time he decided to rebrand, a decision based on the operation of the company and the fact that he had no faith in strong long-term prospects for the brand. He confirmed that Burgerim was never organized enough to collect royalty payments from him, and by the time they did come around to it, his store was already losing money from not getting enough customers.

Burgerim told Sarkisoff that the previous disclosure prevented them from revealing sales from other stores, even though the new revised one Sarkisoff signed did not include this clause. He said after speaking to other franchisees, he learned that clause never existed. Sarkisoff elaborated on the company’s concept.

“The whole concept is terrible because it doesn’t let you produce food fast enough to be fast-casual, let alone fast-food,” he said. “Because of the small size of the burgers (with customers buying multiple at a time), workers spent double the amount of time it requires to make one regular-sized burger, while the business generated the same amount of revenue.”

The Arab American News spoke to managers at several other Burgerim locations in the area. Some had not been aware of the company’s financial woes, though one acknowledged the reports and said Burgerim was under a new CEO (the company has had many since its inception).

This store, like a few others in Metro Detroit, belongs to Zahr, who caught media attention for trying to open the Israeli chain in Dearborn. Critics of the chain included Amer Zahr, a well-known Palestinian American comedian and associate law professor at the University of Detroit Mercy, who launched a campaign to bring awareness about the unseemly nature of operating an Israeli franchise in Dearborn. He is not related to Sam Zahr.

The one manager said his location was doing well and that he had faith the brand’s new owners would right the ship. Burgerim is now facing 40 to 50 different lawsuits and California Senator Dianne Feinstein has asked for a federal investigation into its practices. Sam Zahr seems to tout the brand around in Metro Detroit independently without any company oversight.

“Zahr misrepresented himself by saying he was the official representative of Burgerim in Michigan,” Sarkisoff said. “When we went to radio stations to buy ads, they would tell us to ask Zahr, saying he had exclusive rights to Burgerim and everything had to be approved by him.

“Corporate completely ignored this. After I complained to them, it took three months for them to finally address the radio station problem, but by that time our marketing window had closed.”

Sarkisoff ran into the same problem with Channel 4 last year, when the station told him it couldn’t go through with an agreed-upon cooking segment with him without getting Zahr’s approval. Zahr also tried to sell a franchise license for an estimated $150,000. Sarkisoff speculates that this was probably the reason Burgerim turned a blind eye to Zahr’s making himself its representative. Zahr also claimed falsely to own the Livonia location. The actual owner complained to the company, which dismissed him.

Sarkisoff said that’s the way Burgerim handles disputes, forcing arbitrations to happen near its headquarters in California; and that if it wants to dispute operators like Zahr, they would have to reckon with hefty legal fees in order to get court orders in Michigan. He calls the franchise in its present state a “free for all.”

Sarkisoff said he heard of Loni’s fleeing the country around the same time he decided to rebrand, a decision based on the operation of the company and the fact that he had no faith in strong long-term prospects for the brand. He confirmed that Burgerim was never organized enough to collect royalty payments from him, and by the time they did come around to it, his store was already losing money from not getting enough customers.

Burgerim responded to operation issues with a newly designed menu, which was completely generic and was unable to distinguish the franchise from any other burger restaurant. This may have been the final straw for Sarkisoff. High-food costs and diminished profits have been reported in many locations, even though others like Sam Zahr’s say things are fine. It remains to be seen how long the brand will remain afloat, as its new officials try to do damage control.