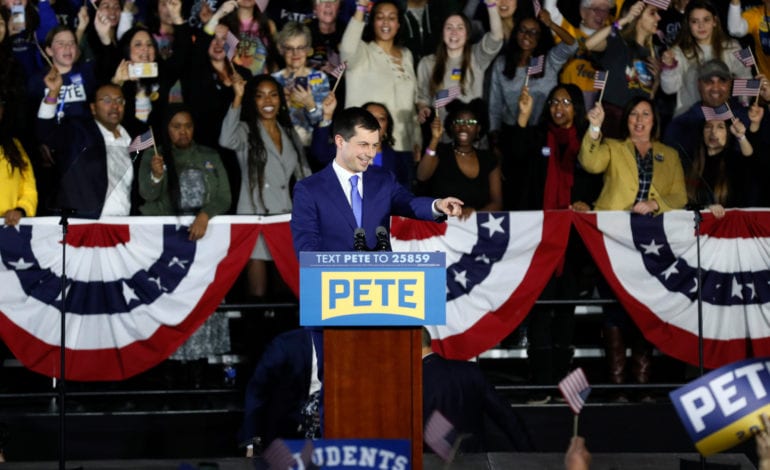 WASHINGTON, D.C. —  Late Thursday, Reuters reported that Pete Buttigieg narrowly won Iowa’s Democratic presidential caucuses, according to state party officials, after a long delay in releasing the results of the first contest in the race to pick a challenger to President Trump.

Earlier Thursday, Democratic National Committee Chairman Tom Perez had called for a recanvassing of the Iowa caucuses, after results from the party’s nominating contest were delayed and questions were raised about their accuracy.

“Enough is enough,” Perez said in a Twitter post. “In light of the problems that have emerged in the implementation of the delegate selection plan and in order to assure public confidence in the results, I am calling on the Iowa Democratic Party to immediately begin a recanvass.”

In response, Iowa Democratic Party Chair Troy Price said the organization would conduct a recanvassing if a candidate requested it.

The caucuses were held in 1,600 locations throughout the Hawkeye State on Monday night, but no winner has been declared yet.

Former South Bend, Indiana Mayor Pete Buttigieg held a slight lead over U.S. Senator Bernie Sanders (I-VT) with about 97 percent of precincts counted. Buttigieg had 26.2 percent of state delegate equivalents while Sanders had 26.1 percent, according to the Iowa Democratic Party.

Problems with delivering the results were chalked up to a technical problem with a new mobile app that the 2016 Hillary Clinton campaign-affiliated Shadow Inc. company was given less than two months to build for reporting caucus results.

An “unusually high volume of inbound calls” to the Iowa Democratic Party’s caucus hotline were said to be received on Monday night from “callers who would hang up immediately after being connected, supporters of President Trump who called to express their displeasure with the Democratic Party and Iowans looking to confirm details,” one party official said on Thursday, according to Reuters.

Callers who appeared to be jamming the lines on purpose were flagged and blocked by party staff. The call volume was said to be “highly irregular”, according to the official.

According to a New York Times report, more than 100 precincts reported results that were internally inconsistent, missing data or that were not possible under caucus rules, casting doubt on the count. The Party representative declined to comment on the report, Reuters said. Speaking from his campaign’s headquarters in New Hampshire, Sanders declared victory on Thursday, touting his lead in the popular vote.

“What I want to do today, three days late, is to thank the people of Iowa for the very strong victory they gave us at the Iowa caucuses on Monday night,” Sanders said at a press conference in Manchester, New Hampshire. “Even though the vote tabulations have been extremely slow, we are now at a point with some 97 percent of the precincts reporting where our campaign is winning the popular initial vote by some 6,000 votes.

“In other words, some 6,000 more Iowans came out on caucus night to support our candidacy than the candidacy of anyone else,” he added. “And when 6,000 more people come out for you in an election than your nearest opponent, we here in northern New England call that a victory.”

Sanders’ lead shrunk in the final alignment popular vote, however, according to a report from Common Dreams, which placed Sanders with a 44,753 to 42,235 lead on Buttigieg, for a total of more than 2,500 votes.

Sanders also slammed the mishandling of the voting process in Iowa. Results had been expected on Monday night.

“We are holding a press conference that should have occurred three nights ago in Des Moines, but for the inability of the Iowa Democratic Party to count votes in a timely fashion,” Sanders told reporters inside his campaign headquarters.

On Wednesday night, prior to the final alignment results, Buttigieg also claimed victory on a conference call with supporters, calling himself “the momentum candidate.”