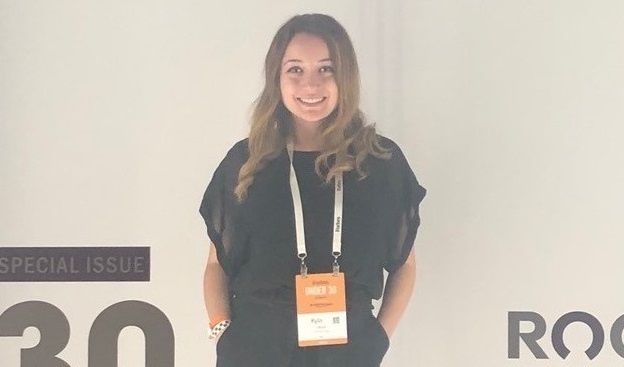 DEARBORN —The University of Michigan-Dearborn is ranked as one of the top 50 regional universities in the Midwest by U.S. News & World Report, and boasts more than 7,000 students on its 200-plus acre campus.

With a full athletic schedule, robust student life and organizations, there’s plenty for staff members of the school’s newspaper, The Michigan Journal, to cover each semester.

Among them is Kyla Bazzy, a senior who was named the newspaper’s editor-in-chief in December, heading into her final semester.

Bazzy, 22, is a Lebanese American student currently majoring in journalism while minoring in communications, and has plans of pursuing a career in broadcasting or writing in either sports or news upon graduation.

She graduated from Dearborn High School in 2015 and said that networking and versatility are two of the most important skill sets for any aspiring journalist to learn in this day and age.

“It’s easier to make it in this industry when you’re passionate about what you do, but you have to put in the hours and network with people,” she said. “Learn photography, videography and the Adobe Suite (program), too.”

Bazzy added that college is an important time for aspiring journalists to gain as much experience as possible in order to prepare for each promotion, whether in the world of internships, student organizations or a potential full-time job.

While grades and recommendations are important in many other fields, experience is king in the world of journalism.

“Start working now,” she said. “You can have a 4.0 GPA and still not get a job because you have no real-world experience. Kyla Bazzy at an event hosted by Forbes Magazine.

Freelance, get internships, work for free if you have to. Just get that experience before you graduate or before you need a full-time income. You may be exhausted and broke now, but it’ll pay off when you graduate.

Bazzy originally started her college career at Henry Ford College before moving on to U of M-Dearborn.

“I really like U of M-Dearborn,” she said. “I love that the campus is big enough to not feel crowded but small enough that you can easily walk from building-to-building, (and) I’ve had some incredible teachers that have helped push me beyond what I thought my limits were and have been genuinely invested in my well-being.

“Attending U of M-Dearborn has definitely shaped my future for the better.”

As the Michigan Journal’s editor-in-chief, Bazzy is responsible for countless tasks involving the production of the newspaper, ranging from writing to editing to managing others.

It’s stressful, but she said the personal growth she’s experienced, and seen from other members of the newspaper staff, has made the hard work count.

“I don’t think I realized how many responsibilities came with becoming EIC,” she said. “I run a team of over 30 writers and editors and believe me, it can be stressful.”

she added that she also handles the paper’s finances, assists with press passes and story ideas, helps build the front page and runs the paper’s website, MichiganJournal.org, along with its social media accounts including its Twitter page, @MichiganJournal.

Despite the challenges, Bazzy said she’s been able to attend many unique events, including covering a Michigan football game in the press box while meeting and interviewing several public figures over the years.

It’s all led to a full college experience for Bazzy, who plans to graduate in April.

“I’m super busy, and often stressed, but I wouldn’t have it another other way,” she said.