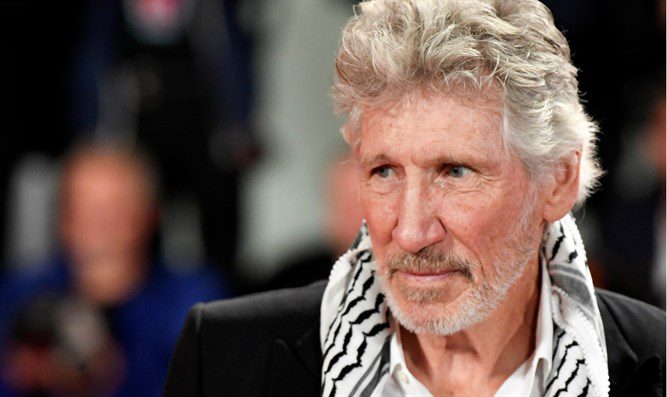 Roger Waters has spoken against Israeli oppression many times in the past. Photo via Reuters

NEW YORK, NY — Major League Baseball will not schedule any more advertising on its various platforms for former Pink Floyd bassist and popular solo artist Roger Waters because of his ongoing support for the Boycott, Divestment and Sanctions (BDS) movement, a report from Billboard said.

The action came after a letter was sent on behalf of the pro-Israel advocacy organization B’nai B’rith International, which sent a letter to MLB Commissioner Rob Manfred last month criticizing the league’s involvement in promoting Waters’ This is Not a Drill nationwide tour.

The website MLB.com was among those sponsoring ticket presales.

Waters has long supported the BDS movement, a peaceful, economically focused campaign practiced by people in dozens of countries around the world. The campaign is considered by supporters to be a necessity against Israel, which continues to militarily occupy lands in Palestine in ways deemed by the United Nations to be illegal according to international law.

The MLB reportedly told B’nai B’rith in a statement on Friday that “there are no plans to schedule any more ads on the MLB platforms.” The MLB later confirmed the statement was accurate.

Waters has not only refused to support Israeli companies themselves, he also has refused to play there, and has actively encouraged other musical artists to join the boycott as well.

When the wildly successful rock band Bon Jovi visited Israel for a show in 2015, Rogers wrote a detailed letter encouraging them to join others taking a standing in the face of decades of oppression and occupation against Palestinians. His letter was shared by the website Salon.com.

A large section of the letter which written in the form of poetry; excerpted below:

You stand shoulder to shoulder

With the settler who burned the baby

With the bulldozer driver who crushed Rachel Corrie

With the sailor who shelled the boys on the beach

With the sniper who killed the kid in the green shirt

And the Minister of Justice who called for genocide

The dead can’t remind you of the crimes you’ve ignored. But, lest we forget, “To stand by silent and indifferent is the greatest crime of all.”

Waters’ tour, “This is Not a Drill”, will be held at large arenas across the country, including Little Caesars Arena in Detroit on July 14.

Aside from the BDS movement, Waters has also been outspoken against militarism and climate change, having sold all of his guitars used at performances in 2019 to support environmental related causes.

He has also spoken out against President Trump and also against military conflicts against the Middle East in a 2017 interview with Rolling Stone.

“Almost everybody thinks that the fight is about ideology,” he said. “Everybody will tell you, ‘Well the fighting is all about the Middle East.’ ‘Well, it’s about Muslims starting jihad.’ ‘It’s about terrorism.’ ‘It’s about this or that.’ And no, it’s not. It’s about money.”