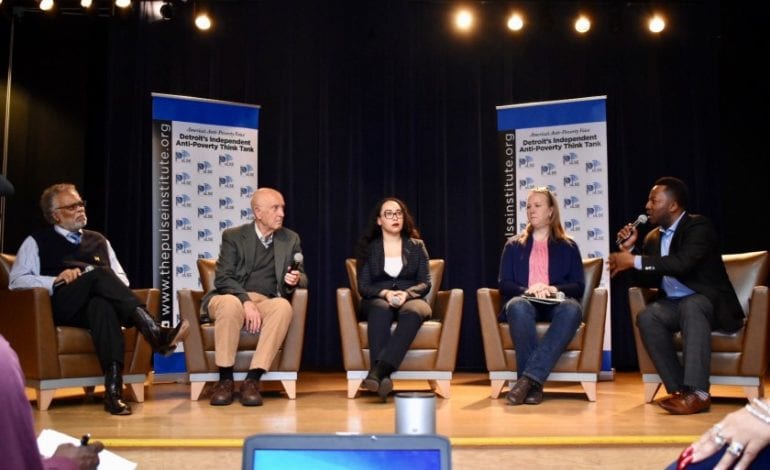 DETROIT — On Wednesday, January 29, hundreds of homeowners gathered at Wayne County Community College for a meeting to address the situation of the Detroiters who have been overtaxed at least $600 million between 2010 and 2016.

For its part, the Pulse Institute, a Detroit-based independent and non-partisan anti-poverty organization committed to deep analysis of the broad spectrum of inequality issues affecting people, held a forum to discuss the city’s action and the mayor’s office. According to a recent investigation by the Detroit News, Detroit overtaxed homeowners by at least $600 million after it failed to accurately bring down property values in the years that followed the Great Recession.

For about 40,000 homeowners, the debt owed on their homes is less than the properties that were overtaxed over those seven years. Even so, the inflated bills have added burden to homeowners in the city.

Subsequently, the investigation revealed that at least 59,000 of the overtaxed homes have back taxes of up to $153 million, including interests and fees.

The Pulse Institute hosted an open forum to address the Detroit News investigation and to answer political or legal questions regarding the tax overcharge during those years.

Homeowners in attendance demanded answers from the city. Many residents appeared frustrated as they emphasized their concerns about people losing their homes as well as having them over-assessed.

“They have the authority to do something about it,” said Patterson, who is also an attorney. “The fact that the pressure is finally being put on them by the media, by the citizens, by organizations like the Pulse institute, we are pushing somebody to acknowledge and resolve this.”

She further emphasized that pressure is good for a change.

“Politicians are elected to do good,” she added. “These are people we are voting for, and if you make them do differently, they will.”

After residents began expressing their concerns with increasing emphasis, Detroit Mayor Mike Duggan and his team began to look for possible solutions.