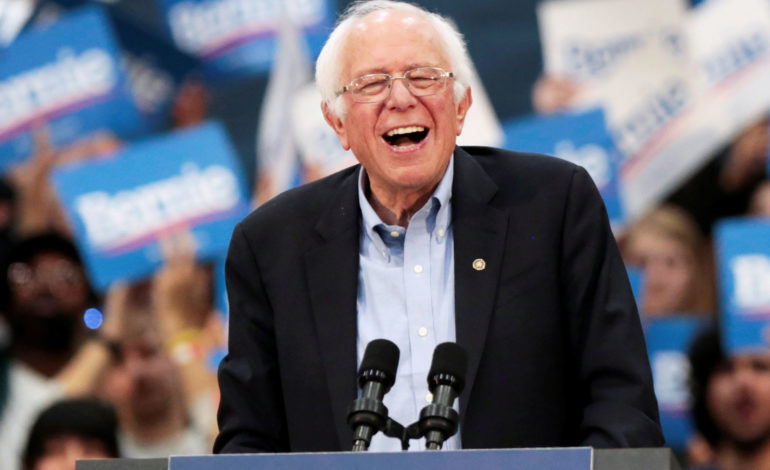 MANCHESTER, NH —Democratic presidential candidate Bernie Sanders cemented his status as the front-runner for the party nomination with a narrow win over Pete Buttigieg in New Hampshire’s presidential primary on Tuesday.

More than 294,000 ballots were cast in New Hampshire’s Democratic primary according to the state party, breaking the record set in 2008 during former President Obama’s historic campaign.

Sanders and Buttigieg both took home nine delegates as a result of the primary voting, with Klobuchar taking home six.

“Our campaign is successfully reaching out to working people, young people, communities of color and all those who believe in a government of compassion and justice,” Sanders said in a statement on Wednesday. “This is the coalition that wins elections.”

Despite the loss, Buttigieg said on Wednesday his strong results in Iowa and New Hampshire showed he had momentum. He plans to double his number of staff in Nevada to 100 people.

The primary came on the heels of a chaotic Iowa caucus marred by problems with its vote-counting app and a major delay in the release of its results, which led to the resignation of Iowa Democratic Party Chair Troy Price.

More diverse states next on the primary circuit

As the race for the White House continues, the scene will next shift to Nevada on February 22, where more than a quarter of the residents are Latino, followed a week later by South Carolina, where about one fourth of voters are African American.

Buttigieg said he believes the change in demographics could benefit his campaign.

“I think we’re getting a whole new look from Black and Latino voters who have so much riding on making sure that we defeat Donald Trump, because they are among those with most to lose if they have to endure yet another term of this president,” he said.

Fourteen additional states will vote on Super Tuesday on March 3, when former New York Mayor Michael Bloomberg will enter the race and be included on the Democratic presidential ballot for the first time.

According to the latest national poll from Morning Consult, Sanders has 29 percent support nationwide, followed by Biden at 19 percent and Bloomberg at 18 percent.