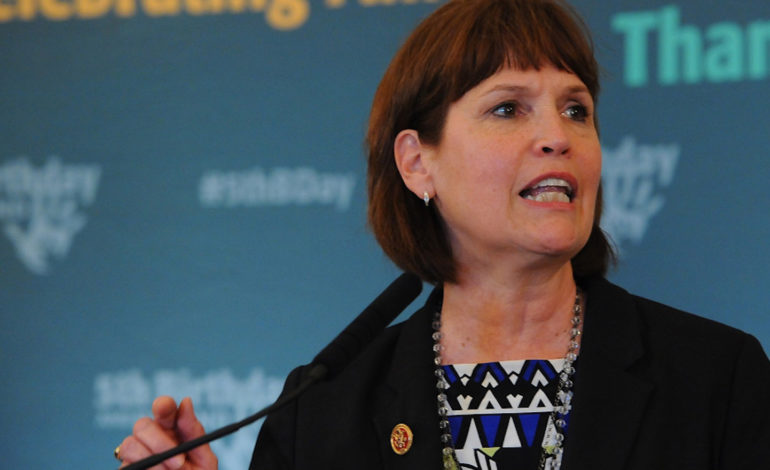 McCollum’s comments came just days after AIPAC removed and apologized for Facebook ads that targeted pro-Palestine lawmakers, implying that they were worse than the terrorist group ISIS.

A series of Facebook ads were run by the organization referencing “radicals in the Democratic Party.” The text of the ad included a collage featuring Reps. Ilhan Omar (D-MN), Rashida Tlaib (D-Detroit) and McCollum.

“It’s critical that we protect our Israeli allies, especially as they face threats from Iran, Hamas, Hezbollah ISIS and — maybe more sinister — right here in the U.S. Congress,” one of the ads read.

McCollum is perhaps best known for her introducing of HR.2407, an historic bill that aims to prohibit U.S. taxpayer money from being used to detain Palestinian children in Israel.

“Israel’s system of military juvenile detention is state-sponsored child abuse designed to intimidate and terrorize Palestinian children and their families,” McCollum said after introducing the bill. “It must be condemned, but it is equally outrageous that U.S. tax dollars in the form of military aid to Israel are permitted to sustain what is clearly a gross human rights violation against children.”

The bill currently has 23 cosponsors.

“We offer our unequivocal apology to the overwhelming majority of Democrats in Congress who are rightfully offended by the inaccurate assertion that the poorly worded, inflammatory advertisement implied,” AIPAC later said in an apology on Twitter.

“AIPAC claims to be a bipartisan organization, but its use of hate speech actually makes it a hate group,” reads McCollum’s statement. “By weaponizing anti-Semitism and hate to silence debate, AIPAC is taunting Democrats and mocking our core values. I hope Democrats understand what is at stake and take a stand because working to advance peace, human rights and justice is not sinister – it is righteous.”

The organization spent $3.5 million in lobbying during the 2018 election cycle and is one of the most influential in the world of American politics.