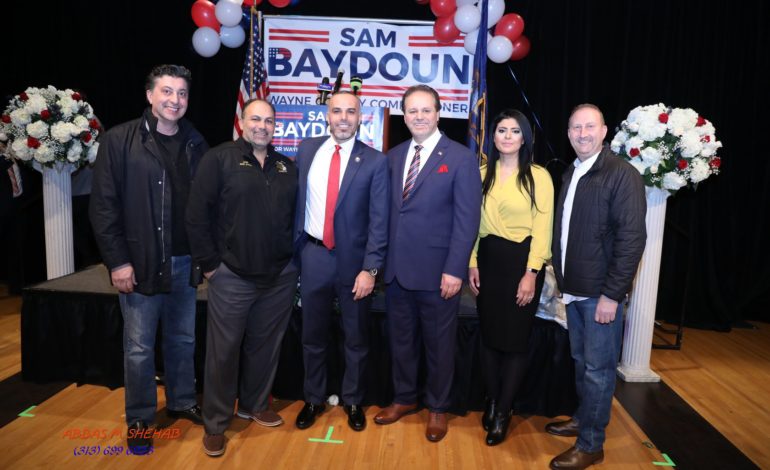 DEARBORN – Supporters of Wayne County Commissioner Sam Baydoun gathered at the Ford Community and Performing Arts Center on Monday at a kick-off event for Baydoun’s 2020 reelection campaign. Baydoun celebrated the kickoff with his family, friends from the greater community, notable elected officials and several supporters and well-wishers.

Baydoun has been at his current post as commisioner of the 13th district in the state’s most populous county for a year. During this time, Baydoun has focused on badly needed infrastructural improvements, community services such as the organization of an annual senior citizen conference and increasing civic engagement in his district.

“Coming into the commission, I understood that in order to get things done, I needed to build relationships with my colleagues, and I am proud of the relationships we have built to move the county forward,” Baydoun said.

He promised to keep working towards bringing in more funds towards projects like Miller Road Bridge in Dearborn and talked of his plans to visit Washington, D.C. this week to meet with officials at the Department of Transportation and lobby for a grant to fully fund the complete rebuild of the aging bridge.