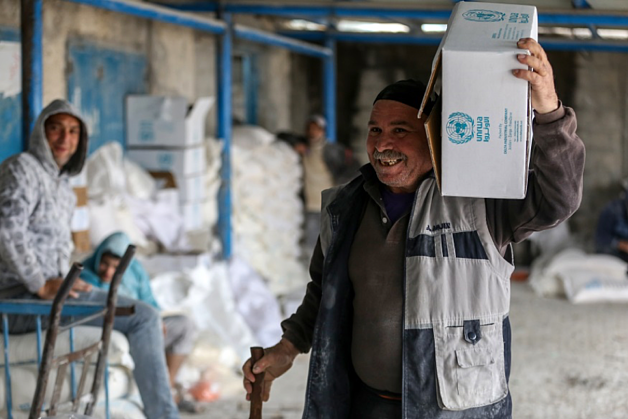 WASHINGTON, D.C. – U.S. Representatives Debbie Dingell (D-Dearborn) and Mark Pocan (D-WI) today sent a letter to Secretary of State Mike Pompeo, urging the administration to immediately restore all U.S. funding for humanitarian aid in Gaza, including United States Agency for International Development (USAID) and United Nations Relief and Works Agency (UNRWA) funding. The letter also urges an end to the blockade on the movement of people and goods in and out of Gaza.

“The humanitarian situation in Gaza is untenable,” Dingell said in a release. “Cutting U.S. aid to Palestinians puts stress on the already stretched thin U.N. and non-profit humanitarian organizations struggling to provide access to water, food, employment, and healthcare.

“Further, cutting aid raises tensions and will make it more difficult to address the root causes of the conflict. The administration must work with our international partners to restore humanitarian aid in Gaza, and reiterate our commitment toward a just, two-state solution.”

“Palestinians in Gaza are facing a humanitarian crisis and unless the United States acts now, we will be complacent in the starvation and poverty of millions of people,” Pocan said. “Eighty percent of the population in Gaza depends on international assistance to survive, and without our support that means an overwhelming amount of families are living in poverty and a majority of Palestinians in Gaza have undrinkable water, food shortages, and inadequate healthcare.

“Restoring U.S. assistance to Gaza as well as urging the Israeli government to end the blockade is a necessary step to secure a peaceful and stable future for the region.”