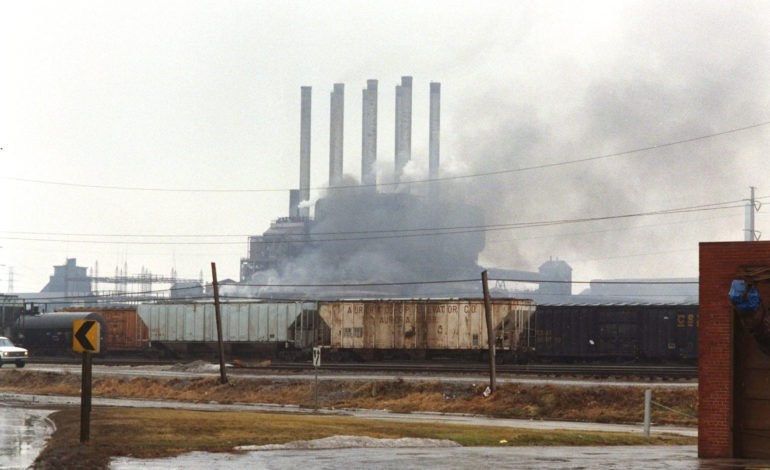 DEARBORN — An air quality report by the Environmental Protection Agency (EPA) has determined the counties in Michigan that have the highest levels of air pollution, and the Metro Detroit area was identified as one of them.

Since the Clean Air Act was passed, the air pollution in the U.S. improved remarkably. In spite of that, however, the EPA estimates that 137 million people still live in counties where air pollution levels are higher than air quality standards. In 2018, the U.S. emitted 76 million tons of pollution into the atmosphere. The American Lung Association released its 2018 report also concluding that ozone pollution overall worsened significantly in America from 2014 to 2016. Thus, this pollutant contributes to increased rates of lung cancer and reduced lifespans among American families.

Since 1980, concentrations of all major pollutants decreased significantly, yet more than 40 percent of Americans live in counties with an unhealthy level of either smoke or soot, and the Dearborn-Detroit-Warren area was ranked 13th in terms of air pollution among U.S. metropolitan areas. Although levels of nitrogen dioxide, carbon monoxide, sulfur dioxide, and lead have decreased by 40 percent since the 1980s, ozone and particle pollution continue to present a major public health risk (Source U.S. EPA).

For its part, air quality standards for common pollutants that pose a threat to public health are managed by the EPA; these include ozone, fine and coarse particulate matter (PM2.5 and PM10), sulfur dioxide, lead, carbon monoxide and nitrogen dioxide.

Even so, the report showed that the greatest air quality improvements occurred in lead, sulfur dioxide and carbon monoxide levels. Efforts to remove lead from gasoline has contributed to significantly reduce levels of lead in the air by 89 percent over three decades.

When comparing air pollution levels of large metropolitan areas, five of the 15 metros were found in California; the incidence is higher among the top 15 small and midsize metros.

The Metro Detroit area, including Dearborn and Warren, had an air quality index of 54, with the maximum AQI of 151. The most common pollutant is the fine particulate matter pollutant (PM2.5). Detroit had good air quality for 137 days per year, while the air was very unhealthy and hazardous for two days of the year. The air was moderate or unhealthy for sensitive groups 226 days per year.

Across the U.S., major sources of pollution vary by pollutant. Commonly, ground-level ozone, including carbon monoxide, is caused by automobiles, power plants, chemical plants, refineries and industrial boilers. However, It can also be created through natural sources, including trees. Across the U.S, major sources of pollution vary by pollutant; many counties in Michigan had high levels of air pollution, including Dearborn and Detroit with a high concentration of sulfur dioxide as an abundant pollutant (source: U.S. EPA)

Although the remarkably improved air pollution level in the U.S. is a step towards the safety of individuals and communities, there are still millions of Americans who continue to live in areas where air pollution remains a threat.

Programs like the EPA and other environmental agencies are implementing new policies and programs aimed at individuals. This includes helping companies identify more fuel-efficient ways to move goods, as well as promoting public transportation systems.

To know more about the lead sources in outdoor air, visit https://www.epa.gov/lead/lead-outdoor-air

To check out the full report on the 15 metros with the highest incidence of air pollution, visit https://www.buyautoinsurance.com/air-pollution-worst-cities/#13_Detroit-Warren-Dearborn_MI