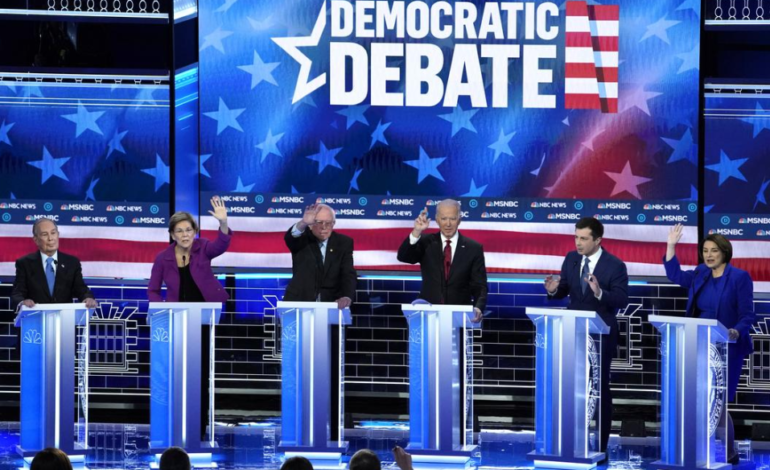 Bloomberg faced sharp criticism from his new rivals, including from former Vice President Joe Biden over his controversial post-9/11 “stop and frisk” policy, which he has previously apologized for implementing.

“The fact of the matter is he has not managed his city very well when he was there,” Biden said. “He didn’t get a whole lot done.

“He had stop-and-frisk — throwing close to 5 million young Black men up against the wall — and when we came along in our administration, President Obama and I said we’re going to send a mediator to stop it. He said that’s unnecessary.”

Biden said the Obama administration worked to put an end to the policy, according to a report from Reuters.

“Let’s get the facts straight. Let’s get the order straight. It’s not whether you apologize or not, it’s the policy. The policy was abhorrent. And it was in fact a violation of every right people have.”

Bloomberg, 78, whose net worth was listed at $62.8 billion in 2020 according to Forbes, also faced questions from candidates who view him as an outsider.

“We are giving a voice to people who would say we are sick and tired of billionaires, like Mr. Bloomberg, seeing huge expansions of their wealth, while a half a million people sleep out on the street tonight,” Democratic front-runner Bernie Sanders said.

“Maybe it’s time for the working class in this country to get a little bit of power in Washington, rather than your billionaire campaign.”

Sanders later piled on with barbs against Bloomberg over healthcare and minimum wage.

“Maybe we can talk about a billionaire saying that we should not raise the minimum wage, or that we should cut Social Security, Medicare and Medicaid. If that’s a way to beat Donald Trump, wow, I would be very surprised.”

Bloomberg responded by saying that he’s a self-made billionaire with a realistic chance of defeating Trump.

“I’m a philanthropist who didn’t inherit his money, but made his money,” he said. “I’m spending that money to get rid of Donald Trump – the worst president we’ve ever had. And if I can get that done, it will be a great contribution to America and to my kids.”

The former New York City mayor also criticized his opponents, especially Sanders, for advocating for higher taxes on corporations as well as for forcing unions onto boards.

“I can’t think of a better way that would make it easier for Donald Trump to get reelected than listening to this conversation,” he said. “We’re not gonna throw out capitalism. We tried that, other countries tried that, it was called communism and it just didn’t work.”

Nevada caucuses to be held on Saturday

The third contest of the 2020 Democratic primary, Nevada’s caucuses will be held on Saturday, February 22.