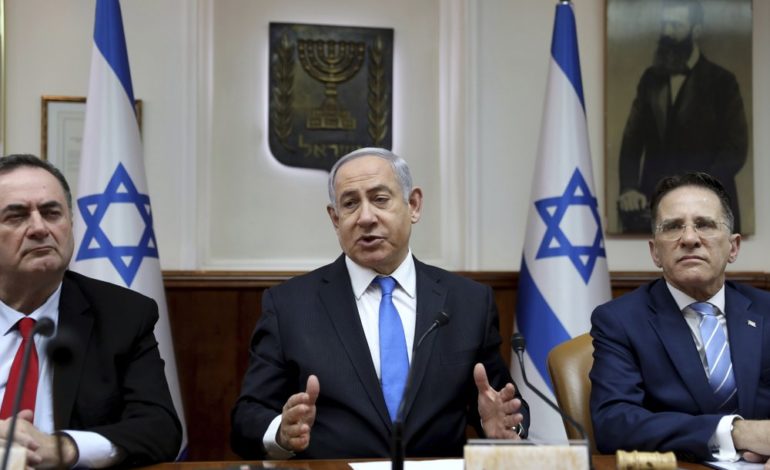 TEL AVIV — Israeli Prime Minister Benjamin Netanyahu will spend the last days of his election campaign under the shadow of serious and damaging corruption charges, as Israeli courts announced Tuesday that his criminal trial will begin March 17.

Netanyahu is expected to attend the initial hearing just two weeks after the March 2 Israeli election, the third in under a year. This means that he will be fighting charges in court during the crucial time he tries to secure a coalition in parliament after the elections. Netanyahu is accused of fraud, breach of trust, accepting bribes from wealthy friends and connections and exchanging favors for positive media coverage.

The announcement is sure to play into the hands of Netanyahu’s political rivals, such as former military chief Benny Gantz. Netanyahu desperately clings on to power and hopes that remaining prime minister would give him the strategic avenue to mobilize public support during his legal woes. He has called the trial a witch hunt.

Netanyahu gave up an attempt to seek immunity from prosecution last month, after realizing he did not have enough support from parliament. Gantz, for his part, has declared that with the court’s announcement, the prime minister will be, “preoccupied with himself alone (and) will not be in a position to look out for the interests of Israel’s citizens.”

The Associated Press reports of opinion polls that predict another deadlocked election between Netanyahu’s Likud and Gantz’s Blue and White parties, who may fall short of securing a majority coalition with smaller allied parties, similar to the last two elections.

Gantz has signaled that he would be open to a power-sharing agreement between the two major parties, but only without Netanyahu at Likud’s helm. With a trial imminent, chances of Gantz compromising are now even slimmer, along with Netanyahu’s chances of securing partners while fighting criminal charges in court.

Netanyahu has been on an aggressive campaign to deflect all attention from the trial, focusing instead on his partnership with President Trump, and boasting of a new Mid-East “peace deal”, the unveiling of which he was invited to take a part of in Washington. With Trump’s top Mid-East advisors as its architects, the plan seeks to give further concessions to Israel while foregoing Palestinian rights.