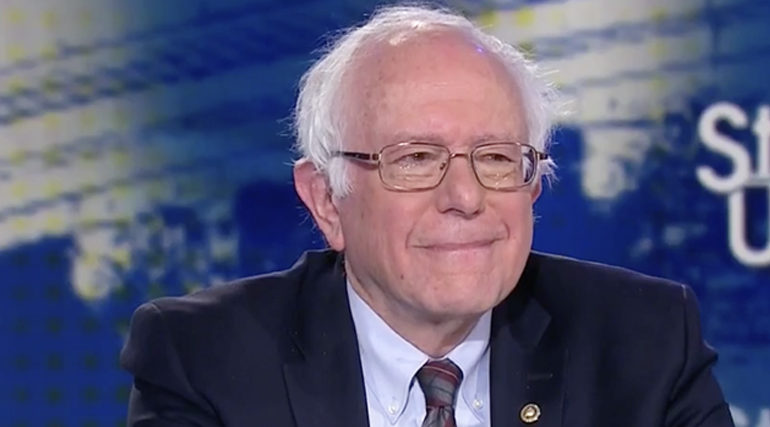 According to Sanders’ Twitter account, he said he will not attend the conference due to AIPAC’s connection to “leaders who express bigotry and oppose basic Palestinian rights”, which is believed to be a reference to Israeli Prime Minister Benjamin Netanyahu, whom Sanders has criticized multiple times in the past.

“The Israeli people have the right to live in peace and security,” he wrote. “So do the Palestinian people. I remain concerned about the platform AIPAC provides for leaders who express bigotry and oppose basic Palestinian rights. For that reason I will not attend their conference.”

“As president, I will support the rights of both Israelis and Palestinians and do everything possible to bring peace and security to the region,” Sanders, who is Jewish, continued.

Sanders has previously called Netanyahu a “right-wing politician” while referring to his government as “racist.”

“I am not anti-Israel. But the fact of the matter is Netanyahu is a right-wing politician who I think is treating the Palestinian people extremely unfairly,” Sanders said at a town hall event hosted by CNN last year.

“What I believe is not radical. I just believe that the United States should deal with the Middle East on a level playing field basis,” he later added.

Sanders’ recent Twitter remarks were deemed “odious” and “truly shameful” according to AIPAC officials in a response released Sunday. They added that he has never attended the conference in the past.

Fellow candidate Elizabeth Warren (D-MA) also announced earlier this month that she would not attend the conference.

Journalist Glenn Greenwald of the Intercept said that the decision by Sanders was a courageous one, and the two candidates’ decisions not to go to the conference speaks to a broader problem of waning legitimacy for the organization.

“That Sanders has the political courage to reject an organization devoted to an apartheid state is yet another positive,” said Greenwald according to a report from Common Dreams.

“But AIPAC doesn’t mention that Sen. Warren also refused to attend because AIPAC, like Israel, is becoming a far-right rogue outcast.”