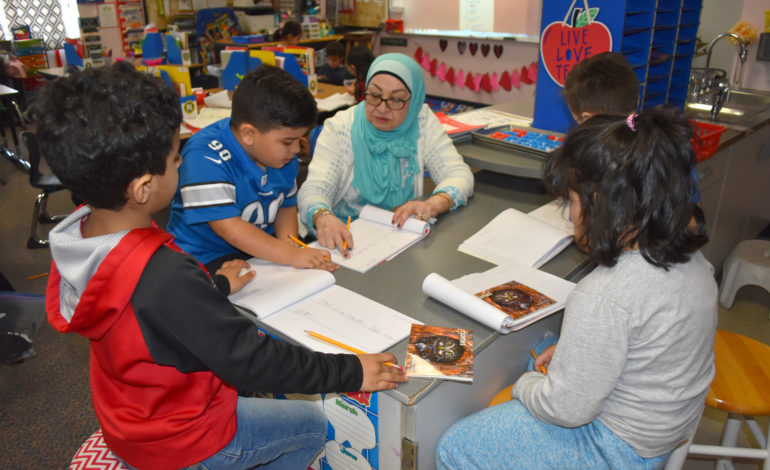 DEARBORN — The Mackinac Center for Public Policy is recognizing 19 Dearborn Public Schools for their outstanding performance on its recent report card. The Center’s report placed the schools in the top 100 for one of three performance comparisons when state test scores were adjusted for the number of low- income students in the building.

“Michigan’s third-largest school district, Dearborn Public Schools, once again distinguished itself on the CAP Report Card,”the full report says. “For the second straight edition, the district had five of the state’s top 10 scoring schools, and more than half of its schools — 17 of 29 — finished in the top 100.”

The Center releases its Context and Performance (CAP) report every two years.

The analysis adjusts state standardized tests according to the number of low-income students in that grade at a school. About
76 percent of Dearborn Public Schools students are low-income, but those figures vary widely between buildings.

“We are proud to be recognized for the continued success of our students, and I applaud the hard work and dedication of our District staff and our families to help all of our students succeed,” said Superintendent Dr. Glenn Maleyko.

Dearborn Public Schools recognized in the report include:

The Mackinac Center for Public Policy is a nonpartisan research and educational institute which touts itself as dedicated to improving the quality of life for all Michigan residents.

“Parents and educators should be able to see more clearly what kind of impact their school has on student learning, rather than simply seeing results that are strongly linked to student poverty,” said Ben DeGrow, Mackinac Center’s director of education policy and co-author of the study. “Our Context and Performance Report Card adds another important dimension by going beyond raw test scores.”

“While we know there is always more work to do, we take to heart our motto ‘Students First – Inspire, Educate, Celebrate,’” Maleyko said of the findings. “For most of our elementary and middle schools, this report is something to celebrate.”