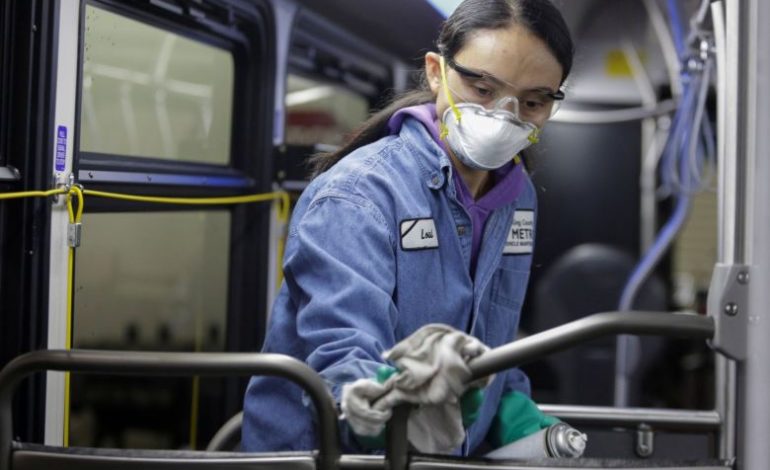 SEATTLE, Washington – The number of people with the new coronavirus in the U.S. climbed on Tuesday with Washington state reporting three more deaths, as authorities worked on preventing its spread and the central bank acted on Tuesday to protect the economy from the impact of the global outbreak.

The total number of confirmed coronavirus cases in Washington state rose to 27, including nine deaths, up from 18 cases and six deaths a day earlier, the state Department of Health reported.

Eight of those who died from the respiratory illness were in King County and one was in neighboring Snohomish County, officials said. All 27 confirmed cases are clustered in those two counties in the greater Seattle area, making it the largest concentration detected to date in the U.S..

Several of those who died had been residents of a long-term nursing care facility in the Seattle suburb of Kirkland called LifeCare, according to the Seattle & King County Public Health agency.

North Carolina reported its first presumptive positive case on Tuesday, in a person who had traveled to the same nursing home.

The number of cases in the United States was at least 108. The federal Centers for Disease Control and Prevention (CDC) earlier posted 108 cases on its website: 60 in 12 U.S. states, including presumed cases reported by public health laboratories, and 48 who were repatriated from abroad.

President Donald Trump told reporters his administration may cut off travel from the United States to areas with high rates of coronavirus, but said officials were not weighing any restrictions on domestic travel.

In New York, a man in his 50s who lives in a New York City suburb and works at a Manhattan law firm tested positive for the virus, bringing the number of confirmed cases in the state to two, New York officials said.

He has severe pneumonia and is hospitalized, officials said. The patient had not traveled to countries hardest hit in the coronavirus outbreak, which began in China in December and is now present in nearly 80 countries and territories, killing more than 3,000 people.

New York City Mayor Bill de Blasio said that the confirmation of the case was made by the city’s public health laboratory on its first day of testing.