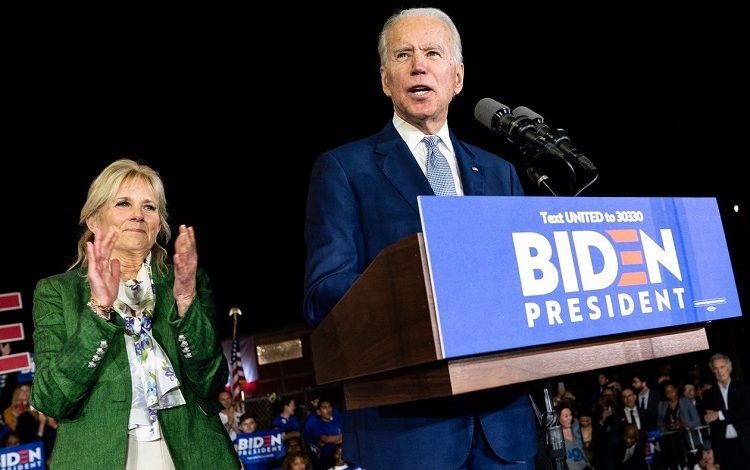 WASHINGTON — Former Vice President Joe Biden won 10 of 14 states up for grabs on Super Tuesday this week, surging to an overall delegate lead in the race for the Democratic nomination despite Sen. Bernie Sanders’ (I-VT) earlier successes.

“Team, because of you we had an incredible Super Tuesday,” Biden tweeted on Wednesday after his surprising surge.

“Now, it’s time to focus on beating Donald Trump. We can get him out of the White House with your help.”

Sanders pledged to continue to build a “multiracial, multigenerational movement” that he said earlier this week will propel him to victory over President Trump in November, but he now has serious ground to make up following Biden’s victories.

While some are concerned Sanders may have difficulty expanding his voter base, particularly among African Americans and senior citizens, exit polls showed that Sanders was the strongest on Tuesday among young and Latino voters, according to Reuters.

He also scored a major victory in California, winning the state with the most delegates.

Signs of Biden’s growing relative popularity among African American voters is a concern for Sanders, however. In Texas, where Biden narrowly beat Sanders, the former vice president won among Black voters by a tally of 60 percent to 17 percent, exit polls showed.

“I won’t absolve the Bernie campaign of not doing the deeper work around the Black community,” Natalia Salgado, national political director at the Center for Popular Democracy Action, which endorsed Sanders in December, told Reuters.

The stage now shifts to Michigan and other key states for next Tuesday’s primaries, with Idaho, Mississippi, Missouri, North Dakota and Washington all among those holding contests.

The Democratic nominee could become clear in the next two weeks with major battleground states Arizona, Florida, Illinois and Ohio all hosting primaries, especially if Biden continues his ascent.

“Ten days ago, Biden needed to change the race, and now Sanders needs to do the same,” said Kyle Kondik, an elections analyst at the University of Virginia about the Super Tuesday results, adding that Sanders would need to exceed expectations in the Midwest to “regenerate” his campaign.

Biden led Sanders in the delegate count by 627 to 551 out of 1,337 allocated as of Thursday evening according to the AP’s delegate tracker.

Sen. Elizabeth Warren (D-MA) finished with 64 delegates total after dropping out of the race on Thursday. She said she had not decided on an endorsement. Former New York Mayor Michael Bloomberg also dropped out after his lucrative campaign only netted him 60 delegates total, and endorsed Biden.

Sanders won Michigan in 2016 by nearly 2,000 votes over Hillary Clinton and has consistently polled as the favorite in recent months, but momentum has shifted, upping the ante even more as the Great Lakes State prepares to host what could be the most pivotal primary vote of the 2020 election.

His back suddenly against the wall, Michigan’s Tuesday primary has been called a “must win” for Sanders by J. Miles Coleman, associate editor of Sabato’s Crystal Ball at the University of Virginia Center for Politics.

Sanders will hold two big rallies this weekend, one on Friday, March 6, at the TCF Center in Detroit, and another on Sunday, March 8, in Grand Rapids in Calder Plaza, beginning at 12:30 p.m.

The Detroit News reported that Biden is expected to visit Michigan on Monday for a Grosse Pointe Farms fundraiser along with a likely public event in Detroit.