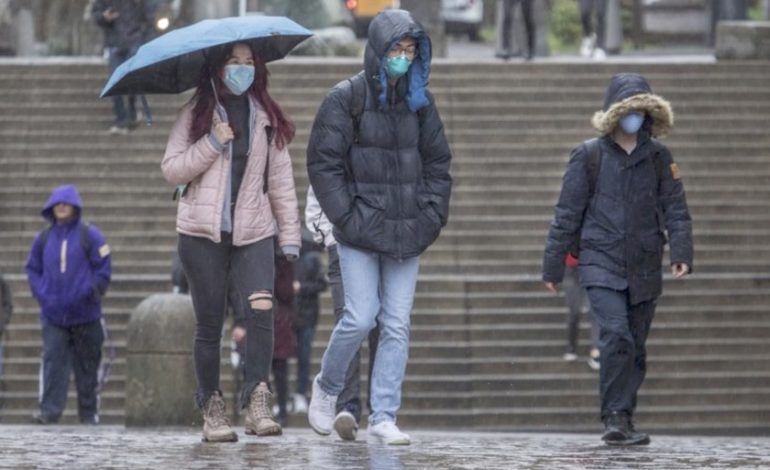 Students walk across Red Square at the University of Washington Friday morning after in-person classes were canceled due to coronavirus concerns. (Steve Ringman/The Seattle Times)

Here’s what you need to know about the coronavirus:

The spread in figures

The number of people infected with the coronavirus topped 107,000 globally, according to a Reuters tally of government announcements. Mainland China, outside the epicenter of Hubei province, reported no new locally transmitted cases for the second straight day. That said, this is the second-highest number of daily reported cases since the disease began, with almost 99 percent of new cases reported now outside of China.

The death toll outside of China also shot up to 704 from 129 a week earlier. Almost 80 percent of those deaths are from Iran and Italy. In the past 24 hours Italy reported 133 deaths, roughly the same amount as China’s combined toll over the past 5 days.

The number of confirmed U.S. cases of coronavirus reached nearly 550 on Sunday, including 22 deaths. Older Americans, especially those with chronic medical concerns, are being advised to think twice about attending big social gatherings and going on airline flights.

The latest sporting event to be held without fans in attendance will be the Bahrain Formula One Grand Prix on March 22. Bahrain itself has reported 83 cases of the virus, mostly linked to people who had traveled to Iran.

“Convening a major sporting event, which is open to the public and allows thousands of international travelers and local fans to interact in close proximity, would not be the right thing to do at the present time,” the organizer said.