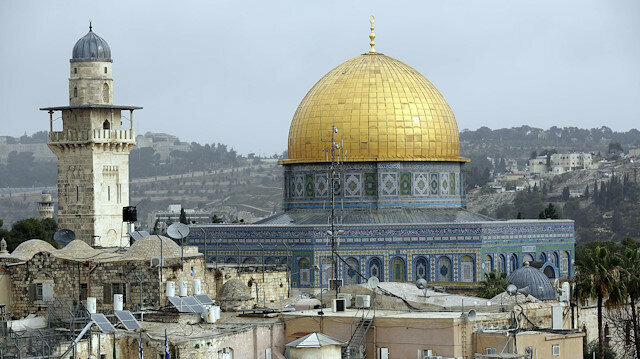 The famous Al-Aqsa mosque in Jerusalem.

DEARBORN — The documentary film One Night in Al-Aqsa, from acclaimed director Abrar Hussain, is expected to be screened on Saturday, March 14 from 6-9 p.m. at the AMC Star Fairlane 21’s Auditorium #1 in Dearborn.

The movie, described as “awe-inspiring”, will also feature a fundraising presentation about the work being undertaken in Palestine by the charity Penny Appeal USA at the country’s Al-Makassed Hospital.

Hussain is also the producer of the Oscar-nominated movie The Look of Silence. In One Night in Al-Aqsa, he presents one of the holiest, yet most mysterious, sites in all of Islam to viewers, the Al-Aqsa mosque of Jerusalem. The mosque is considered to be Islam’s third holiest site.

Through funds raised for the project, the hospital will be able to expand its imaging-radiology department and neonatal unit through the renovation of the existing site, and add new space for each department. Organizers plan to increase the number of treated patients by 25 percent in the imaging-radiology department as well as an increase of 10 incubators, allowing the hospital to serve 450-600 neonate inpatients per year.

Previous incarnations of the movie have been sold out in six cities and received “glowing feedback”, according to the organization. The current tour will reach 10 cities, with the Dearborn screening followed by another in Minneapolis the next day.

Dearborn showing time and where to find tickets

The Dearborn showing will start at 6:30 p.m., with doors opening at 6 p.m. The film is intended for children ages 12+. Tickets will be sold until Saturday, March 14 at midnight.

To learn more about the film or to buy tickets, visit https://pennyappealusa.org/tours/aqsa. The website also includes information on how to support the Alexandria, Virginia-based charity’s efforts in Palestine.

Donations may be made on a single or monthly basis to support medical fundraising overseas.